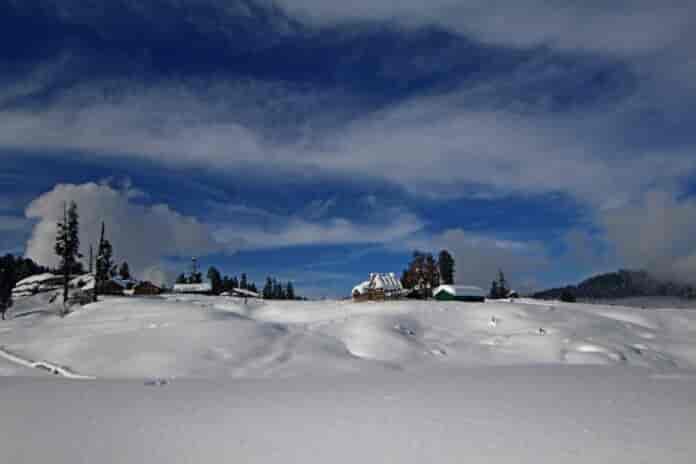 Reports said on Monday that Srinagar recorded 3.7mm of rainfall in last 24 hours upto 0830 hours while as it recorded night temperature of 2.3 degrees Celsius.

A meteorological department official told that mercury plunged to minus 0.2 degrees Celsius in Kupwara while Gulmarg remained coldest place in the entire J-K as it recorded night temperature of minus 3.0 degrees Celsius.

Regarding the important throughways, officials said that while Jammu-Srinagar highway was through for one-way traffic, Mughal road and Srinagar-Leh highway remained closed.

The meteorological department here has predicted dry weather from tomorrow even as it forecast “scattered light rain/snow/thundershowers over J-K and isolated light rain/snow over Ladakh region” in next 24 hours. (GNS)