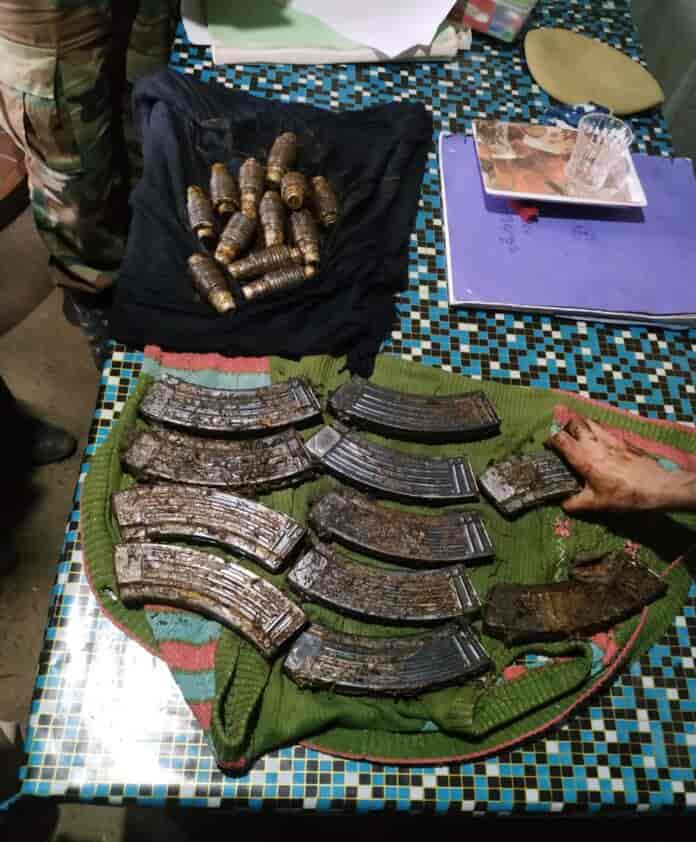 They said that on receipt of specific information, the forces launched a search operation at the suspected place. During the operation ammunition including a Chinese Pistol magazine, 11 magazines of AK-47, six pistol rounds, 597 AK-47 rounds and 12 UGBL rounds were recovered from an old hideout in Shaginash Urpesh forests in Gutli Bagh, they said.

The operation was called off following the recovery, they added. (GNS)

Previous articleDGP sanctions retirement gift of over Rs 1.4 Cr in favour of 139 cops
Next articleCovid-19: J-K reports 37 deaths and 1525 cases in a day

The government on Saturday reconstituted the Board of Directors of Jammu and Kashmir Cements Limited. “In supersession of all previous...
Kashmir