Tight security, aerial surveillance in Kashmir ahead of Republic Day 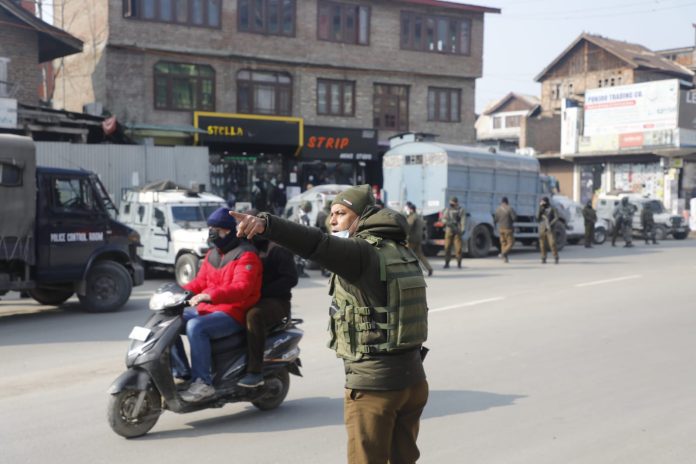 Srinagar: Security agencies in Kashmir have put the entire region under strict aerial surveillance while as there will be intense area domination in and around all Republic Day venues to ensure smooth passage of all official functions on January 26.

The main venue in Srinagar, SK Stadium, has already been taken over by the forces.

A top security official told KNO that security measures were put in place a week ahead of January 26 that entails area domination, sudden frisking operations, setting up of joint check-points and carrying out other security drills including putting drones into use.

“So we are ready to tackle any situation and our primary duty is to ensure smooth conduct of all Republic Day functions including the main function scheduled to be held in Srinagar,” he said, adding that people of Kashmir have largely cooperated with the forces during frisking and other operations.

The official said that all security measures have been put in place which includes aerial surveillance of all venues through drones, monitoring of sensitive areas through CCTVs while as the main security feature this time around is “intense round the clock area domination.”

He said to avoid any untoward incident, joint nakas have been set up by police and paramilitary CRPF in Srinagar and a close vigil is being maintained on suspects.

Talking to reporters on the side-lines of full-dress rehearsal at SK Stadium Srinagar, Inspector General of Police (IGP) Kashmir range, Vijay Kumar said that Police, army and CRPF have been conducting security drills including area domination, drone surveillance in Srinagar and other district headquarters, since past one week.

“All sensitive areas have been covered and we will ensure a peaceful Republic Day in Srinagar and all district headquarters,” the IGP said.

Meanwhile, Divisional Commissioner Kashmir P K Pole said that all arrangements for the parade have been put in place.

“Today, I have reviewed a full-dress rehearsal and every arrangement has been reviewed. As far as security arrangements, there seems to be no issue as security forces including police and CRPF have been busy with area domination since past one week,” he said, adding that all Republic Day functions will be held peacefully in Kashmir while following Covid Appropriate Behavior (CAB) in spirit—(KNO)

A senior journalist from south Kashmir's Anantnag district has been arrested by the police, officials said on Tuesday. A top...
Kashmir