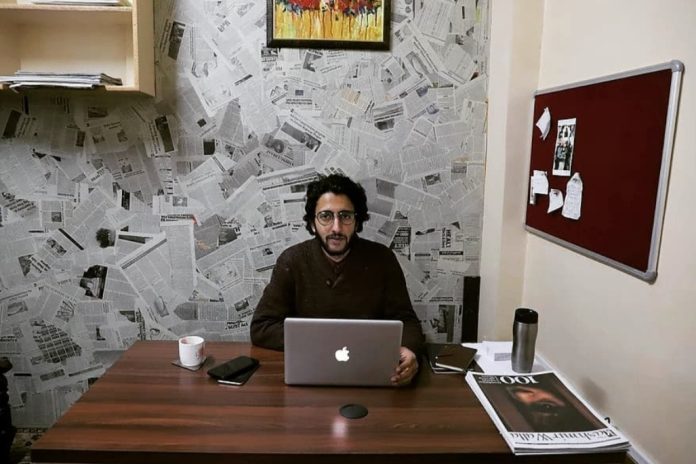 The special court under NIA Act in Srinagar granted interim bail to Fahad Shah, the founding editor of The Kashmir Walla, on Saturday after 22 days of custody.

However, in the evening, his custody was taken over by Shopian police in another case registered against the Kashmir Walla’s reporting in January 2021. He is now lodged in ImamSahib police station under FIR 06/2021, with charges under Sections 153 (wantonly giving provocation with intent to cause riot) and 505 (statements conducing to public mischief) of the Indian Penal Code.

Shah, the 33-year-old who founded online magazine in 2009, was arrested on 4 February under FIR 19/2022 in Pulwama, with charges of sedition and the anti-terror law.

Shah’s writing has featured in reputed international magazines, including Foreign Affairs, TIME, and Foreign Policy. He was awarded the prestigious 25th Human Rights Press Awards 2021 in explanatory feature writing for his coverage of Delhi communal violence in February 2020.

Upon Shopian police’s arrival, Shah co-operated in the legal formalities for the custodial handover. The Kashmir Walla team continue to repose the faith in judiciary and hope that supremacy of law will prevail again.

The Kashmir Walla team continues to stand strongly behind Shah and his family in this time of distress and we reiterate our appeal to Manoj Sinha-led Jammu and Kashmir administration for the immediate release of Shah. We hope he joins us back in the newsroom soon.

‘Being a living corpse’: Pakistani wives of former militants feel ‘trapped in Kashmir’