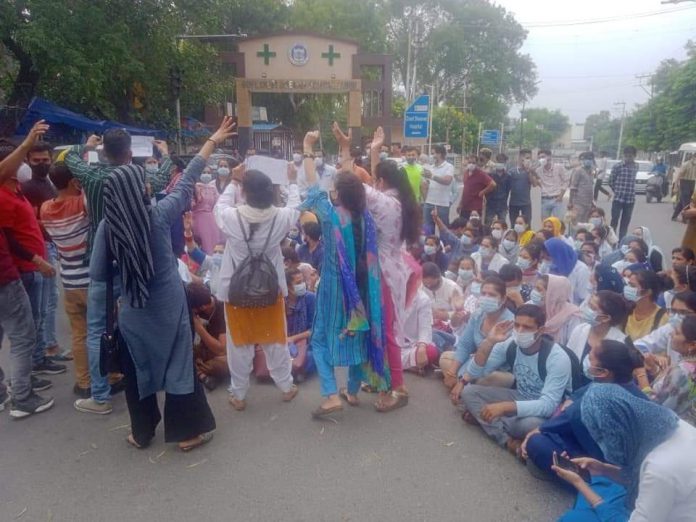 Chaotic scenes were witnessed on Friday after police tried to remove NHM workers, who are on protest for the last three consecutive days outside GMC Jammu, protesting against their termination orders.

Officials told a local news agency—Kashmir News Observer (KNO) that hundreds of police tried to remove the NHM employees who were engaged during Covid-19 pandemic have been protesting for the last three days against their termination orders, leading to chaos.

They said that they are protesting since Wednesday and on Thursday police tried to remove them, leading to chaos.

They said the chaos continued on Friday as well after police and the NHM workers entered into a scuffle outside main gate of GMC Jammu.

According to officials, the workers are demanding continuation of their services—(KNO)