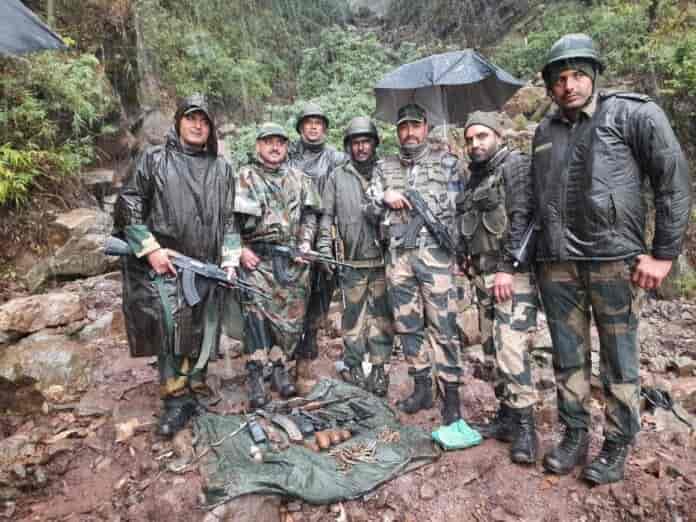 Srinagar: The Border Security Force and Jammu and Kashmir police on Saturday busted a militant hideout in Mandi area of Poonch district in the Jammu region, officials said.

Officials told the news agency—Kashmir News Observer (KNO) that on specific intelligence information, a party led by Deputy Commandant of BSF comprising of troops from BSF, Army RR and SOG of police launched an operation in forest area in Hadiguda village falling under Police Station Mandi.

In Operation, BSF said that a militant hideout has been busted while arms and ammunition have been recovered.