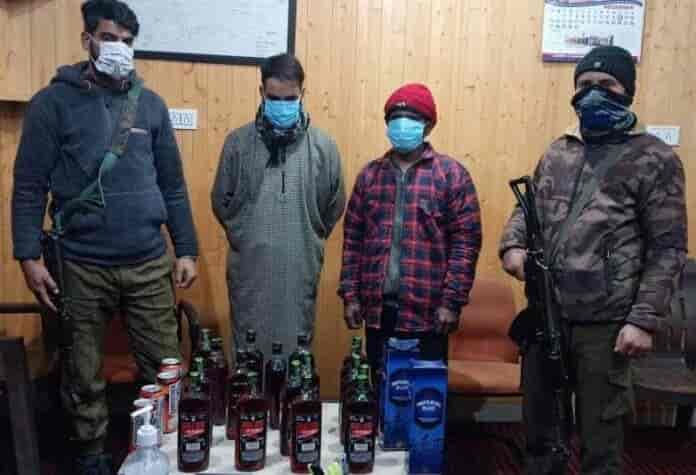 Srinagar: The Jammu and Kashmir police arrested a duo including a nonlocal bootlegger from Odhisa and recovered illicit consignment of liquor from their possession in Central Kashmir’s Ganderbal district.

A police official told news gathering agency Kashmir News Trust (KNT) that Station House Officer Police Station Safapora, established a naka at Gulab Sheikh crossing. An Alto (JK01R-4894) was directed to stop, however, the driver ignored the signal and tried to escape but the alert police personnel chased the vehicle and stopped it.

They were identified as Bagawan Patra son of Sognath Patra of Indian state Odisha and Mushtaq Rather son of Habibullah, a resident of Ajas Bandipora.

The official said that the vehicle has been seized and a case vides FIR number 1/2021 under section 50 Excise Act registered against the arrested duo.

The vehicle was coming towards Safapora area from Bandipora district. (KNT)