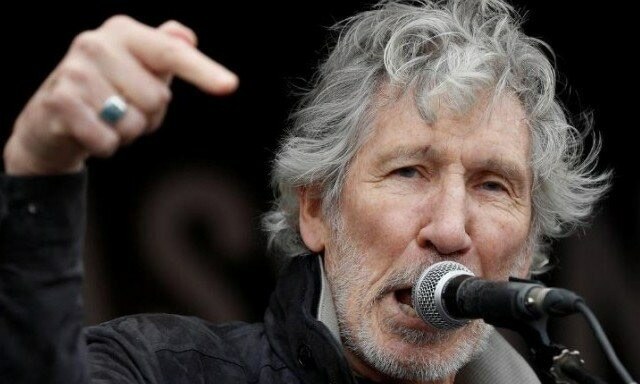 This comes amid calls from the various international human rights organization seeking an immediate release Parvez.

“Hey Modi, leave Khurram alone!” the musician said while retweeting a tweet demanding the release of the activist.

Rogers has always been vocal about Kashmir, in a video shared by Prime Minister of Pakistan Imran Khan in Feb 2020, the musician spoke out against the controversial Citizenship (Amendment) Act introduced by the Government of India during a protest in London demanding the release of Julian Assange.

Earlier, on Wednesday, a Twitter storm was started by various human rights organizations calling on the Government of India to release the activist on an immediate basis as the activist had completed a month in the NIA custody.

The campaign was initially started by Asian Federation Against Involuntary Disappearances (AFAD) for two days- December 21, and 22, urging the GoI for the activist’s release.

However, a number of organizations later joined in, seeking Parvez’s immediate release. 28 British parliamentarians have also written to the Indian High Commissioner to the United Kingdom expressing their concerns over “human rights violations and the illegal detention of Khurram Pervez”.

UN Special Rapporteurs also urged the Indian authorities to stop “targeting” Parvez, who completed one month in the prison on December 22.

“Parvez has worked extensively to document serious human rights violations, including enforced disappearances and unlawful killings in Kashmir. In his search for accountability, Parvez has been the victim of a number of incidents of reprisals reportedly for sharing this information with the United Nations, as documented in various reports of the Secretary-General and communications from UN special procedures mandate holders,” UN said in its latest statement.

“We are concerned that one month after Parvez’s arrest, he is still deprived of liberty in what appears to be a new incident of retaliation for his legitimate activities as a human rights defender and because he has spoken out about violations,” it said.

The statement added, “in view of this context of previous reprisals, we call on the Indian authorities to immediately release him and ensure his rights to liberty and security.”

Parvez, who was arrested on 22 November 2021 on charges related to conspiracy and militancy under Indian counter-terrorism legislation — the Unlawful Activities Prevention Act (UAPA) — is presently detained at the Rohini Jail Complex.

Parvez was arrested on 22 November, 2021, following a raid by the sleuths of the National Investigation Agency (NIA) of India at his residence and office in Srinagar.

After spending a month in NIA jail, the Delhi court has now extended his custody, Asian Federation Against Involuntary Disappearances (AFAD) said in a tweet.