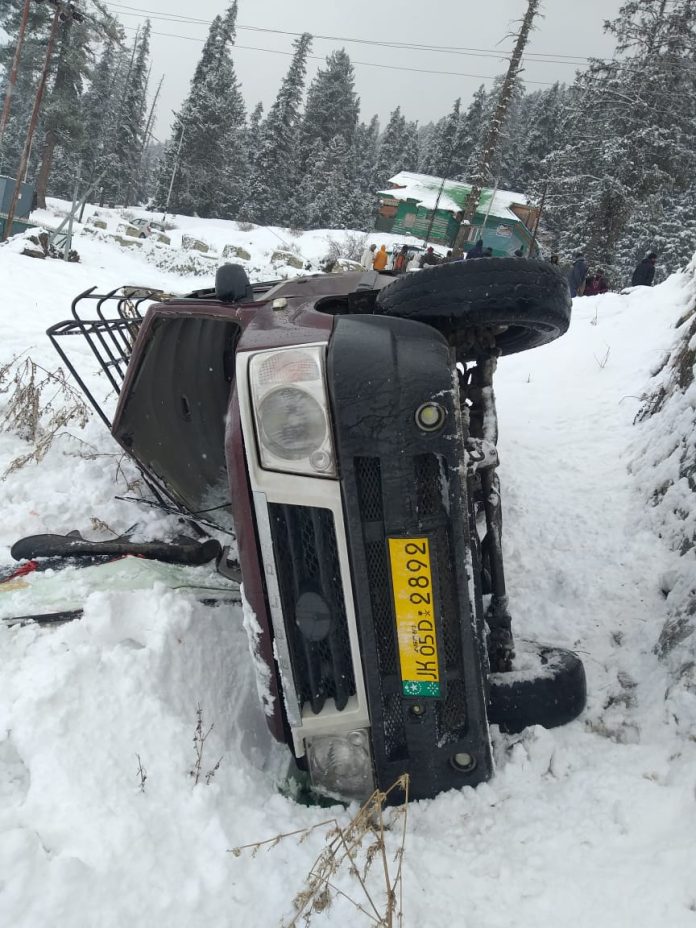 Three tourists and a local driver were injured after a vehicle they were travelling in skidded off the road in north Kashmir’s Baramulla district on Friday afternoon.

Reports reaching GNS said that a Sumo vehicle bearing registration number JK05D 2892 on way to Gulmarg skidded off the road near Hilltop Crossing, resulting in injuries to four persons.

The injured have been identified as Sania Hyder, Syed Wasi Hyder and Nidhat Fatima all residents of Kolkatta, West Bengal and driver of the vehicle Showkat Ahmad.

A police official confirming the incident told GNS that all the injured have been evacuated to a nearby health facility for treatment.

Meanwhile it has been learnt that Sania Hyder with head injuries has been referred to JVC hospital Srinagar for preferential treatment. (GNS)