Wasim Rizvi converts to Hinduism after being ‘thrown out of Islam’ 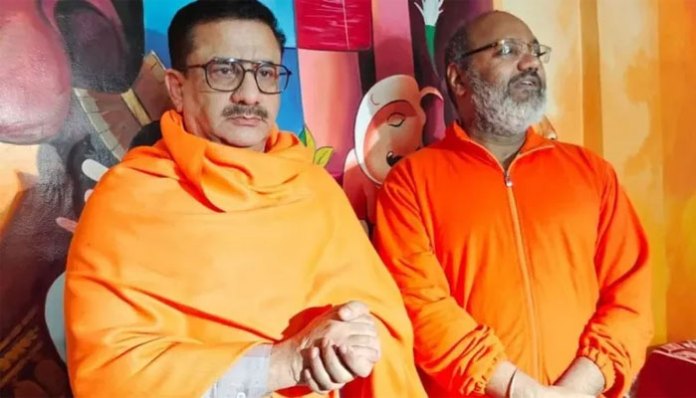 After converting to Hinduism, Rizvi according to a report said, “Mughals have given the tradition of defeating Hindus. Muslims vote unanimously for the party that defeats Hindus. Muslim voters are only for defeating Hindus.” He further added, “I was thrown out of Islam. Every Friday, they announce more rewards for my head. Today I am accepting Sanatan Dharma.”

Earlier, Rizvi had announced that he would be accepting Sanatan Dharma on Monday. He was in regular touch with the temple’s Mahant for several days. A few days ago, he had expressed his wish that whenever he dies, he should be cremated and not buried. He had given the right to light his pyre to Mahant of the Dasna temple and Mahamandaleshwar of Juna Akhara Yati Narasinghanand Saraswati.

Rizvi said that fundamentalists had announced no place would be given for his dead body in a graveyard after his death. He added there should be no unrest in the country, so he expressed the desire to be cremated and not buried in his will. He said he should be cremated as per Hindu customs and sent a copy to the administration as well in this context.

The government has formed a committee for making ‘concrete’ recommendations or remedial measures to curb related to the referral...
Kashmir