UP police files chargesheet in sedition case against 3 Kashmiri students 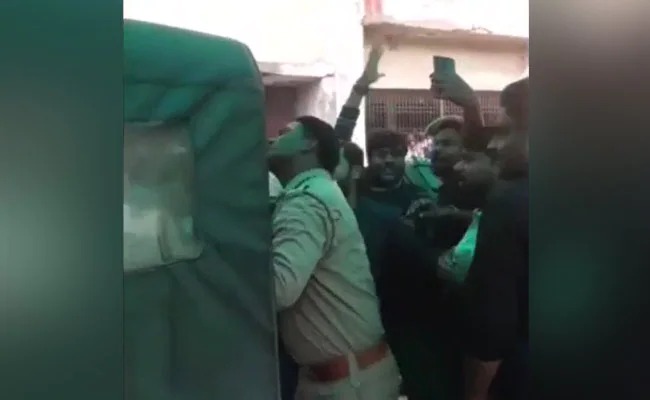 The Uttar Pradesh (UP) police has filed a chargesheet under sedition charges against the three Kashmiri students, who were arrested for allegedly celebrating Pakistan cricket team’s win against India in the T20 World cup, on Tuesday.

On 28 October 2021, the police booked the trio under sedition (124A IPC)  for allegedly sharing pro-Pakistan posts on WhatsApp after Pakistan’s victory over its arch-rival India in a Twenty-20 world cup match. The three students were identified as Arsheed Yusuf (21) son of Mohammad Yousuf Paul, a resident of Checkpora Chadoora in Budgam, Inayat Altaf Sheikh Son of Mohammad Altaf, a resident of Dooniwari in Budgam and Showkat Ahmed Ganie of Shahgund in Bandipora district.

The students were arrested and taken to the Jagdishpura police station in Lohamandi and an FIR was registered under sections 153 A and 505 (1)(b) of the Indian Penal Code and section 66F of the IT Act 2008.

Talking to The Kashmir Walla, lawyer Madhuvan Chaturvedi, who is representing the students, said that as per the law all the three are unlawfully in jail.

“Technically speaking all the three students are under illegal detention from today onwards. The chief Justice Magistrate Agra took cognizance of the charge sheet presented by the police without the permission of the state government,” said Chaturvedi.

He added that in the absence of prior permission of the government required under section 196 IPC, criminal offense, the jurisdiction of the court cannot not take cognizance of the police charge sheet.

Chaturvedi said that after non-cognizance taken by the Agra court and denial of compulsory bail, he would soon challenge it in the Allahabad High Court.

The trio, who were studying at Raja Balwant Singh (RBS) Engineering Technical Agra, was arrested after Bharatiya Janata Party (BJP) workers filed a complaint against them in police.

However, as per reports in Times of India quoting College authorities the students have not raised any celebratory slogans in support of Pakistan cricket team.

“The students did not shout pro-Pakistan slogans,” said B S K B S Kushwaha, director (academics), of the college told ToI, adding the registering of an FIR against the students based on a complaint from an outsider and without consulting college authorities is incorrect.”

Attack on Kashmiris in India is not an aberration. In the past few years, many incidents have come to fore in which Kashmiri businessmen, students were targeted in different states of India, largely either for their religious identity or for their unpopular political ideology.

On 17 January 2022, three Kashmiri studying at a private University in Mohali Punjab were allegedly assaulted by a group of nearly 25-30 people when they were at their flat in the Kharar area.

Meanwhile, families of the arrested students had appealed Jammu and Kashmir Lt Governor Manoj Sinha and UP CM Yogi Adityanath to release their son on humanitarian grounds.