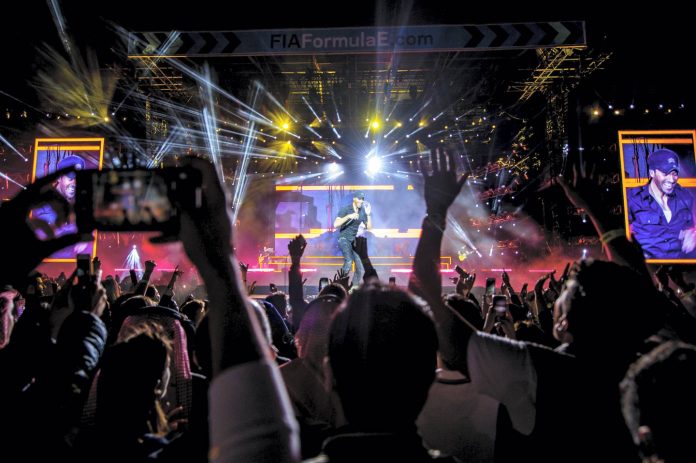 Riyadh: On January 14, a sandstorm hit Riyadh, Saudi Arabia, just ahead of Riyadh Season, one of the largest music festivals of the country. This led to the postponement of the event as authorities sensed danger to the fans and artists present at the venue. Soon after, the show tweeted out the notice informing fans of the decision, reported Arab News.

K-pop powerhouse group Stray Kids were set to hold their first ever in-person concert at Riyadh for which their fans STAYs have been waiting for a long time. They departed from South Korea on January 12 amidst a throng of awaiting fans at the airport and held a sound check prior to the concert. Similarly, Chung Ha also arrived at Riyadh for her concert as countless fans looked forward to her performance.

Following the unsafe conditions at the show, including heavy rain and high winds, the announcement regarding the indefinite postponement came through. The message from the event organisers read, “For everyone’s safety, Stray Kids & Chungha’s concert has been postponed until further notice due to weather conditions.”

The fans were asked to evacuate the venue at the earliest leading to sudden chaos at the open grounds where the concert was supposed to take place. A few fans were reportedly missing, but were later found as told by other attendees.

It is not known whether the concert will continue on Saturday, January 15 or be cancelled completely.