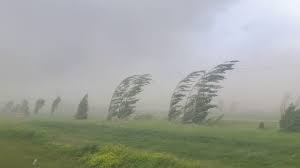 “There is a proper mechanism through which rescue operations are carried out. Today as there were gusty winds, our teams rescued two minor duo to safe places to avoid any untoward incident” DySP SDRF Bashir Ahmad told KNO. He said advisory has been already issued not to go near the Manasbal Lake.