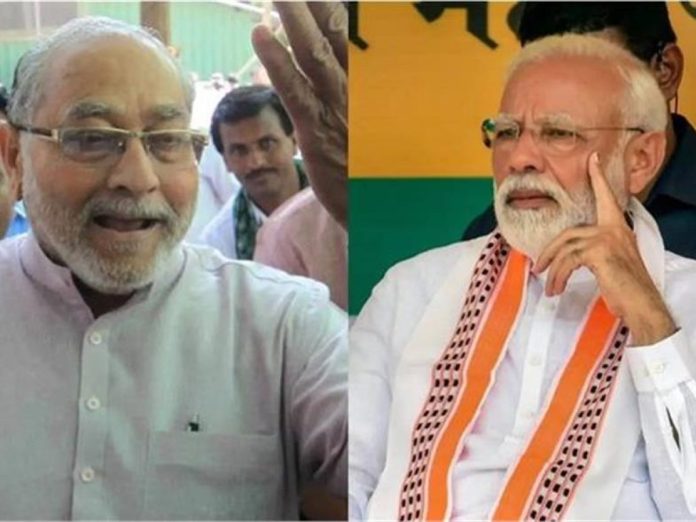 Prime Minister Narendra Modi’s brother Prahlad Modi, who is also the vice president of All India Fair Price Shop Dealers’ Federation, on Tuesday staged a dharna here with various demands of the organisation.

Prahlad along with several other members of the All India Fair Price Shop Dealers’ Federation (AIFPSDF) gathered at Jantar Mantar, holding banners and raising slogans.

The AIFPSDF has been demanding compensation for loss on rice, wheat and sugar, and also for edible oil and pulses to be supplied through fair price shops. It has also demanded that the ‘West Bengal Ration Model’ of free distribution be implemented across the country.  Further, the members said all due margins for all the states, including Jammu and Kashmir, should be reimbursed immediately.

Previous articleCBSE textbook cover shows J-K not a part of India
Next articleMonkeypox: Government to set up taskforce to keep track of cases in India