The Kashmir Walla
Support Us
In-DepthQ & A 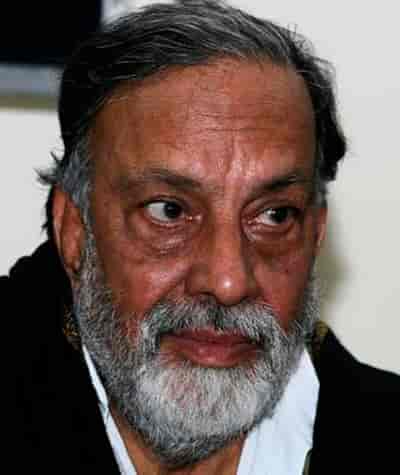 Prof  Bhim Singh is a lawyer, author and a senior political leader. He is chief of the Jammu Kashmir National Panther’s Party. He was part of the All Party Meet (APM) with the Prime Minister of India. The meeting is significant as it was the first of its kind that was held nearly two years after the abrogation of special status of Jammu and Kashmir (J-K) and its division into two union territories (UT) on August 5, 2019. Many senior politicians of Jammu and Kashmir attended the meeting and is seen as a kick-start for the political process in the region that remained in abeyance largely since August 5, 2019. Bhim Singh shares the internal details of the APM, accession of J-K with India, role of Jammu and Kashmir National Conference Sheikh Mohammad Abdullah, Narendra Modi’s approach towards Jammu and Kashmir and opposition and so on.

Below are the excerpts of his interview:

What were your expectations from the All Party Meet in New Delhi?

Whatever happened inside the meeting was under the command and control of Narendra Modi, but once we came out of the meeting hall we tried to put details in the public domain but only the part was published, the government wanted.

I remember the days of emergency [in India] when I was General Secretary of Youth congress, those who would criticise the emergency were not [countered]. In Jammu and Kashmir, here is the emergency and it follows us everywhere. We went to Delhi and the Prime Minister (PM) listened to all of us. I was lucky that I got a chance to speak at the end after hearing all the speakers. I told them that Ladakh was part and parcel of J-K when Maharaja Gulab Singh laid its [J-K] foundation in 1846 and nobody talked about it. I was surprised. It is a tragedy that the two hundred year old state vanished on 5 August 2019. Parliamentarians do not know it, Judges of courts do not know it and Modi comes from RSS (Rashtriya Swayamsevak Sangh), became chief minister and then PM but keeps little knowledge about J-K. Maharaja acceded J-K to India on 24 October 1947 and [agreement of accession] was signed by Lord Mountbatten on 27th of the same month with certain conditions. There were 575 other states who signed the [agreement of] accession. On 26 January 1950 when the constitution of India came into force, the Union of India consisted of 575 states excluding J-K. It was not the fault of the people of J-K. All the leaders in the constituent Assembly excluded J-K then. At the time entire Kashmir was in favour of the accession with Sheikh Mohammad Abdullah as its leader. There was chaos and killings in India and Pakistan [amid division of two countries] and in J-K there was more than 95% Muslim population and not a single Kashmiri Pandit was touched.

Is the idea of India getting strengthened or weakened under Bharatiya Janta Party (BJP) rule?

BJP is not on the path of secularism and also does not want to be [secular] and the entire world knows it. Mahatma Gandhi came to Kashmir in 1946 and said that an example of secularism is seen in Kashmir. Maharaja’s Army fought with the intruders from Pakistan who tried to capture Kashmir. People of Kashmir did not join Pakistan despite being Muslim dominated region. They showed the secularist approach.

How do you see the Govt of India (GoI) inviting PAGD (People’s Alliance for Gupkar Declaration) for APM as they (GoI) earlier used to call it Gang and accused them of fraud, corruption etc?

In Indian constitution everyone is free to form political parties and these parties are recognised. Calling them Gang cannot be digested. This is their political right to talk about the issues and form an alliance. They (BJP) use these words for vested political interests. BJP has also formed NDA, shall we call it a gang? It is absurd to call it Gang.

I know Modi more than anyone else as I met him in 1992 when he was at the United Nations with a group of RSS people for a conference. We stayed together as we had no money to stay in a hotel and were putting up in a United Nations residential building.

I told him during the APM that I am feeling like a slave of Delhi and there is only one way to make us feel better by immediately restoring the statehood and conducting elections in the region.

Many Politicians accuse that delimitation is being done to create imbalance of power between Kashmir and Jammu division. What is your take on it?

We met the commission and told them to give 45 Assembly seats to Kashmir and 45 to Jammu as during District Development Commission (DDC) seats were equally distributed among all the districts as each district got 14 DDC members. The equal distribution of Assembly seats between the divisions will end age-old tensions between them.

There are some who do not want the tension to come to an end.

There are some people in Jammu region, who demand statehood for the division and UT status for Kashmir region and also demands are made for Hindu Chief Minister. What is your take on it?

These are not the people from Jammu who have been making such demands. These are a few people from the RSS lobby. RSS does not rule J-K. And the party that gets the majority will get the Chief Minister’s post [and it is not to be decided by religion]. The Panthers Party does not endorse such demands and once I was in the United Nations and supported Palestine and condemned Israel, my colleagues there asked me for my religion and I told them my religion is humanity

There are reports that people in the Jammu region demand constitutional guarantee on protection of land and jobs. What is the situation in Jammu division in this regard?

There is no elected government in Jammu and Kashmir. People of Jammu and Kashmir want to live in Peace and these power hungry politicians want people to fight. Constitutional guarantee on protection of land and jobs for the people of Jammu and Kashmir is not only the demand of Jammu but the people of Kashmir and Ladakh as well. Article 370 was introduced in the constitution for protection on land and jobs, now that the Article is nowhere, where is the accession? Chief Justice of Australia High Court, Owen Dixon was appointed by UN and remained in Kashmir for one year, he gave a report, a dangerous report and it suggested to divide Jammu and Kashmir and make Muslim dominated districts as separate Islamic Republic and give rest two and half districts to India. This was an American plan and nowadays the PM has been in friendship with America. Secularism is the main part of the constitution of India and did you hear Modi talking about secularism and brotherhood in all these years of his rule? We (people of J-K) have become daily wagers.

Will your party work with political parties who seek restoration of the special status of Jammu and Kashmir that was abrogated on August 5, 2019?

The Panthers Party does not join any political party and politicians. These politicians are all shopkeepers. We fight for justice. Our party has taken the issue to the Supreme Court of India and our argument is that they (GoI) cannot abrogate the special status of Jammu and Kashmir. If I go to the parliament for an hour only I will get all the issues of Jammu and Kashmir solved. Even I won the (Parliament) election in 1990 with thirty thousand votes but was declared a loser. One day we shall win.

‘Tourism only 6% of Jammu and Kashmir’s GDP’: Prof. Nisar Ali

“Can’t stay away from elections, New Delhi must start dialogue”