Over 1100 employees found absent during surprise office inspections in Jammu 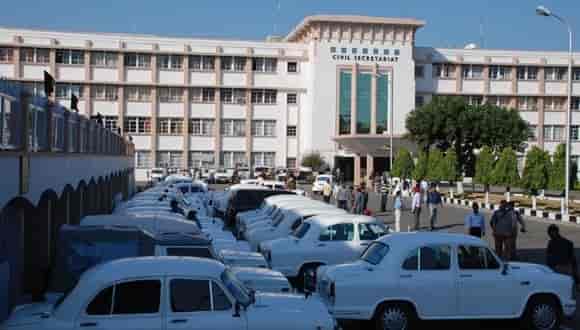 The Deputy Commissioners of all ten districts had constituted special teams comprising of ADCs/ACR/SDMs and Tehsildars for random checking around 41 offices, a statement issued by Depertment of Information and Public Relations said.

Some offices were even found locked during the inspections especially in District Rajouri and Samba.

The Divisional Commissioner Jammu had been receiving several complaints from various quarters regarding absenteeism and lack of punctuality in offices for quite some time; upon which this spree of inspections were carried out across the province today.

A total of around 773 Government offices were inspected by the constituted teams from 10:30 am to 1 pm today; Deputy Commissioners themselves also inspected many offices, the statement further read.

Adding that show cause notices have been served on these absentee officials and employees.

Meanwhile, their drawl of salary for the month of August has been withheld. Further action will be contemplated based on the reply submitted by these erring employees in the coming days.
The Divisional Commissioner Jammu has reiterated the stand of the Government that any kind of indiscipline, lack of punctuality and absenteeism shall not be tolerated.