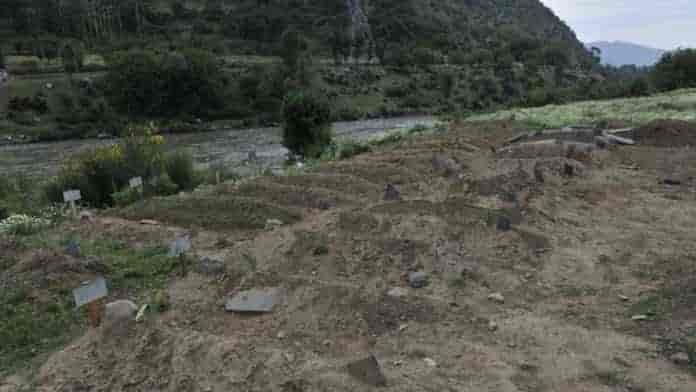 Inspector-General of Police Vijay Kumar Tuesday said that nine youth from south Kashmir’s Shopian were arrested for visiting a graveyard where a militant is buried.

Asked about the question about the arrest of some youths, he said, “They had gone to see graveyard where militant was buried as against Pakistan which had been wrongly reported in media.”

The IGP was was talking on the sidelines of the wreath laying ceremony of a CRPF trooper, who succumbed to the injuries suffered by him in the attack by militants in which two of his colleagues were killed in Lawaypora on Srinagar outskirts on Thursday last.

He said that all the nine have been detained from Sheeri area of Baramulla, adding that after proper verification and antecedents check all the detained boys will be handled as per law. (with inputs from GNS and KDC)