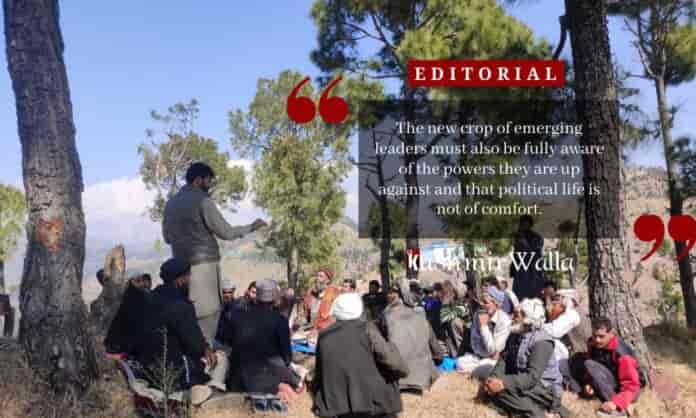 The Gujjar and Bakarwal communities have been historically disempowered despite their significant presence in Jammu and Kashmir. The tribal community has voted to power several leaders who have failed to represent their people’s aspirations and to inspire confidence and a vision for the future. The traditional leadership of the tribal communities has remained in the hands of a few powerful Gujjar families who have commanded a following owing to their privilege–social, spiritual, and economic. Their following is such that some families have held certain assembly seats since the first elections after 1947. But they have ensured, by omissions or commissions or blatant negligence, the disempowerment of the tribal communities despite it being in their power to empower them. The politics of disempowerment, of holding their people hostage for mere vote bank politics has led to a new crop of leaders to emerge. This is no less than a people’s revolution — in the making — against the stranglehold of the elites on their daily lives.

The new crop of emerging leaders must also be fully aware of the powers they are up against and that political life is not one of comfort. They must embrace the hardships and be aware of the broader politics of polarization at play since August 2019. Being young, they are taking charge of the present and are most certainly the future as well. These young leaders must seize the opportunity and scuttle efforts to divide J-K along ethnic lines. This is another battle imposed upon them by the drastic turn of situations, the future will depend greatly on how well are these leaders able to adapt and confront the challenge.