Muslim boy in UP thrashed for drinking water from Temple, one arrested 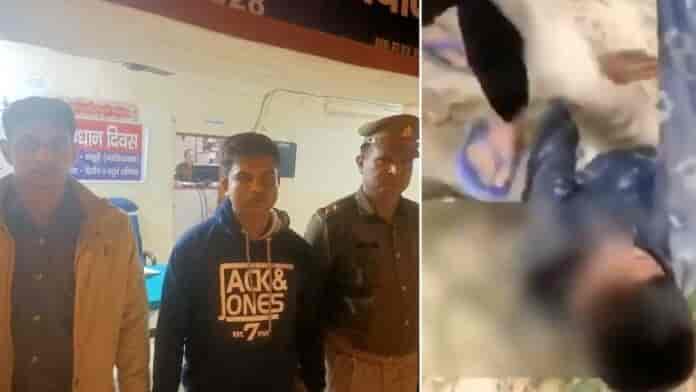 A Muslim boy was thrashed by a man for drinking water from a temple in Uttar Pradesh’s Ghaziabad on Friday, 12 March.

The man was arrested after a video of him thrashing the minor boy went viral.

In the video, the accused, Shrungi Yadav from Bihar, can be seen asking the boy his and his father’s name. He then asked the boy why he had entered the temple, to which the latter replied that he wanted to drink water.

Yadav can then be seen beating up the boy even as he pleaded for mercy.

Soon after the arrest, the Ghaziabad police tweeted: “Taking cognisance of the viral video, a team was formed and the accused, Shrungi Nandan Yadav, son of Ashwani Kumar Yadav hailing from Gopalpur police station limits of Bhagalpur, was arrested.”

“An FIR has been registered. We are investigating the matter,” SP (Rural) Iraj Raja told ANI.