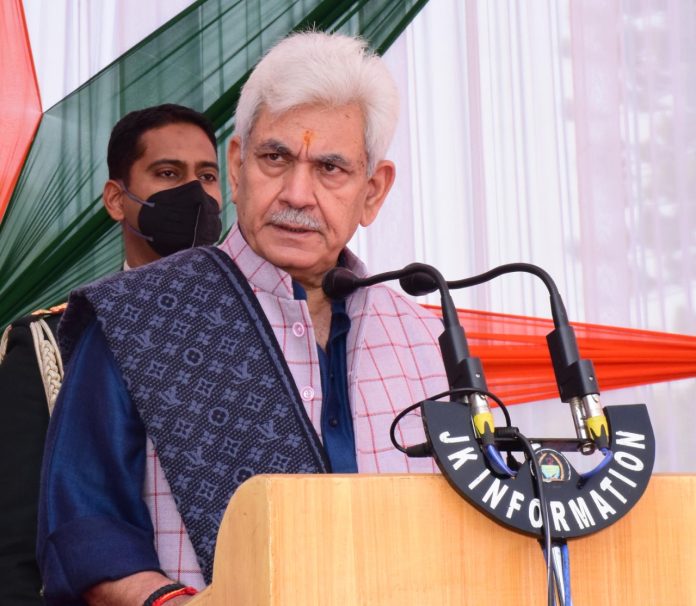 In a series of tweets LG Sinha congratulated the cadets who got an opportunity to represent the UTs of J-K and Ladakh.

Interacted with J-K UT & Ladakh UT’s contingent of NCC cadets, who participated in the Republic Day Parade at New Delhi. NCC cadets are icons of discipline and leadership with unwavering commitment in nation building, LG wrote on twitter.

In another tweet he wrote: “Our efforts will not only motivate the youth from the villages to join the armed forces but it will also inculcate the values of fraternity, discipline, national unity and selfless services amongst our youth.”

He added that as the largest uniformed youth organisation in the world, NCC can raise awareness, create a culture of fighting substance abuse and effectively guide the curiosity of young and vulnerable people in colleges and community.