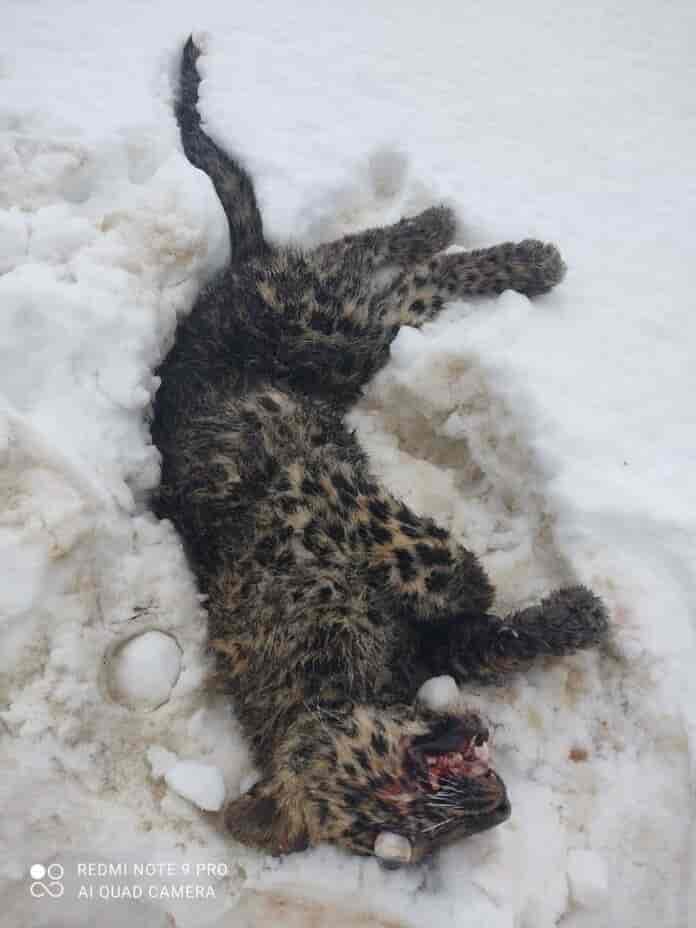 Srinagar : A leopard was killed by locals after it mauled nine sheep to death in Shopian village on Tuesday late night.

The locals subsequently attacked and killed the leopard at cowshed, they said.

Wildlife Warden Division Shopian Suhail Intesar while confirming the incident to KNO said that a leopard has been killed in retialation by locals after it killed nine sheep.