Sopore shuts down to mark 28th anniversary of massacre 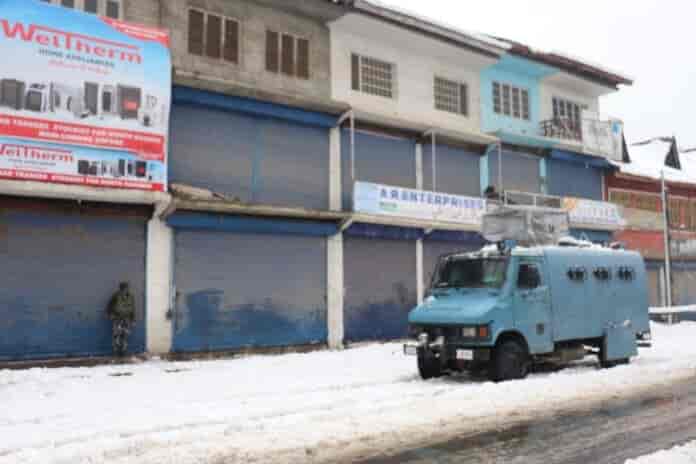 Srinagar : A complete shutdown is being observed in Sopore town of north Kashmir’s Baramulla district Wednesday to mark the 28th anniversary of the victims of 1993 massacre.

According to news agency—Kashmir News Observer (KNO) that on 6 January in 1993, BSF men fired indiscriminately in Sopore market and set ablaze shops and houses, charring civilians to death.

At least 57 civilians were killed and property worth crores was gutted in the massive blaze on this day in 1993.

Reports said that residents of the town offered congregational Fateha in local Masjids while civil society members and trade bodies of Sopore gathered at martyrs graveyard here to offer special prayers for the massacre victims.