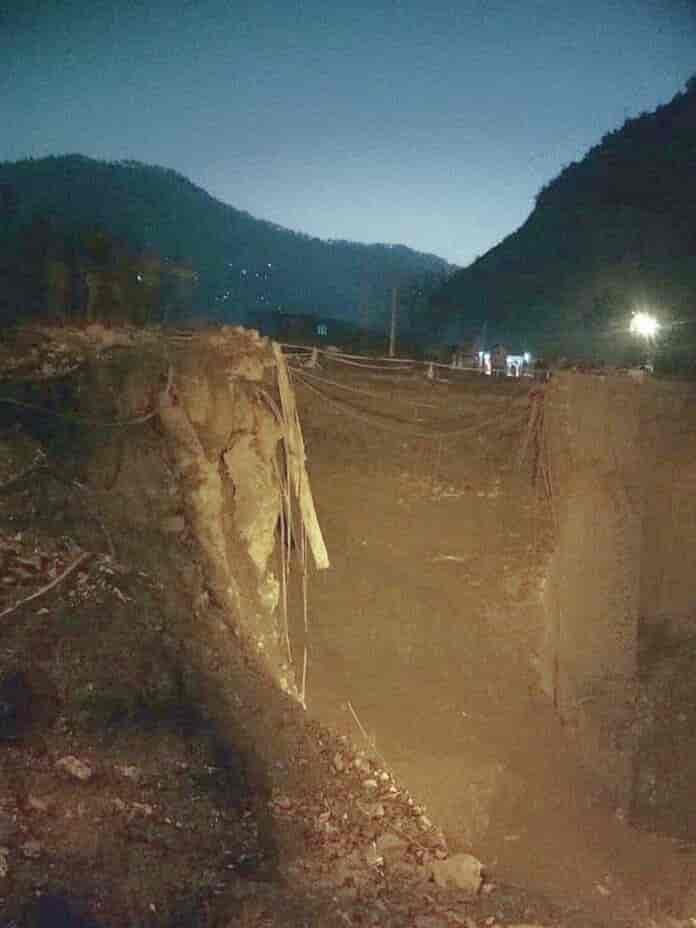 On Sunday evening, the traffic on Jammu to Srinagar highway, the only route connecting both regions, was halted after a bridge collapsed at Seiri area near Kella Morh in Ramban district, in Jammu division.

T. Namgyal, Additional Director General of Police, Traffic, J-K, told a local news agency that a retaining wall collapsed, blocking space for the traffic to move, near the Jawahar Tunnel.

It prompted the authorities to further shut the highway tomorrow, on Monday.

Earlier, it announced that the traffic will be allowed on Monday from Jammu towards Srinagar and vice-versa. However, later it was rolled back. “There is no optional carriageway available,” the officials added.