Gulmarg freezes at minus 9.5°C, fresh snowfall in Pahalgam 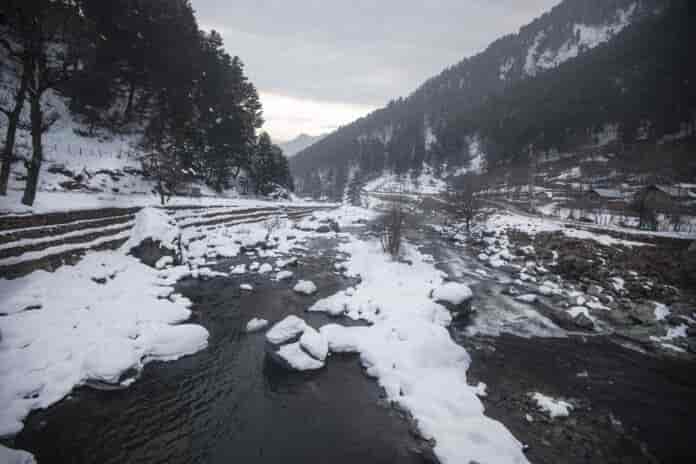 Barring few places including Srinagar, night temperature recorded a fall in Kashmir Valley with mercury settling at minus 9.5°C in the world famous skiing resort of Gulmarg. Some places including famous resort of Pahalgam accumulated fresh snowfall.

A meteorological department official here told GNS that Srinagar received 2.6mm rainfall in last 24 hours till 0830 hours today while the summer capital of the J-K recorded a low of 2.8°C against last night’s 0.4°C, he said.

Kashmir is presently under the grip of 40-day long harshest period of winter, known locally as ‘Chillai Kalan, which started from 21 December. It is followed by a 20-day long ‘Chillai Khurd’ and a 10-day-long ‘Chilla Bachha’.

Gulmarg had about 11cms of fresh snowfall during the time and recorded a low of minus 9.5°C against minus 6.0°C on previous night, he said. The temperature was 2.2°C above normal for this time of the year in the famous resort in north Kashmir’s Baramulla district.

Qazigund, the gateway town of Kashmir, had 5.6mm of rainfall and recorded a low of 0.2°C against 0.0°C on the previous night, he said.

Kokernag, also in south Kashmir, had 3.5 cms of snowfall during the time and recorded a low of minus 0.5°C against minus 0.7°C on the previous night, the official said.

Pahalgam, the famous resort in south Kashmir, had 712.8cms of snowfall and recorded a low of minus 0.8°C against minus 1.2°C on the last night, he said.

Kupwara town in north Kashmir received no rainfall during the time while as it recorded a low of 0.2°C against 1.2°C on the previous night, the official said.

Jammu, received 1.6.7mm of rain and recorded a low of 7.6°C against previous night’s 8.7°C which is 0.6°C above normal for the J&K’s winter capital during this time of the year, he said.

The weatherman has forecast improvement in the weather from today till January 29.

“There is possibility of isolated very light rain/snow over Jammu and Kashmir in next 24 hours,” the official said, adding, “The weather will be mainly dry weather (till January 29)”. (GNS)