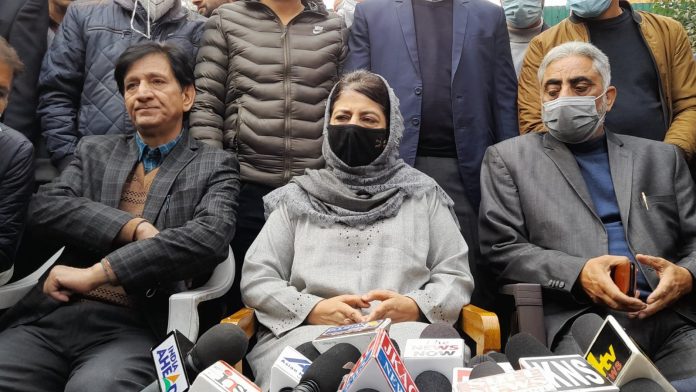 Senior leader and former legislator Advocate Abdul Majeed Mir today joined the People’s Democratic Party (PDP) along with hundreds of his supporters at the party office in Srinagar.

Mir, who won 1996 assembly elections on a National Conference ticket, has been in politics for over 25 years. He was welcomed into the party fold by the PDP President Mehbooba Mufti and Party General Secretaries Ghulam Nabi Lone Hanjura and Dr. Mehboob Beg.

Welcoming Mir into the party, Mufti expressed hope that his joining would strengthen the party at the grassroots level, especially in south Kashmir.

On the occasion, Mir said that the leadership and ideology of PDP inspired him to be part of the party that is representing the aspirations and sentiments of the people of Jammu and Kashmir.