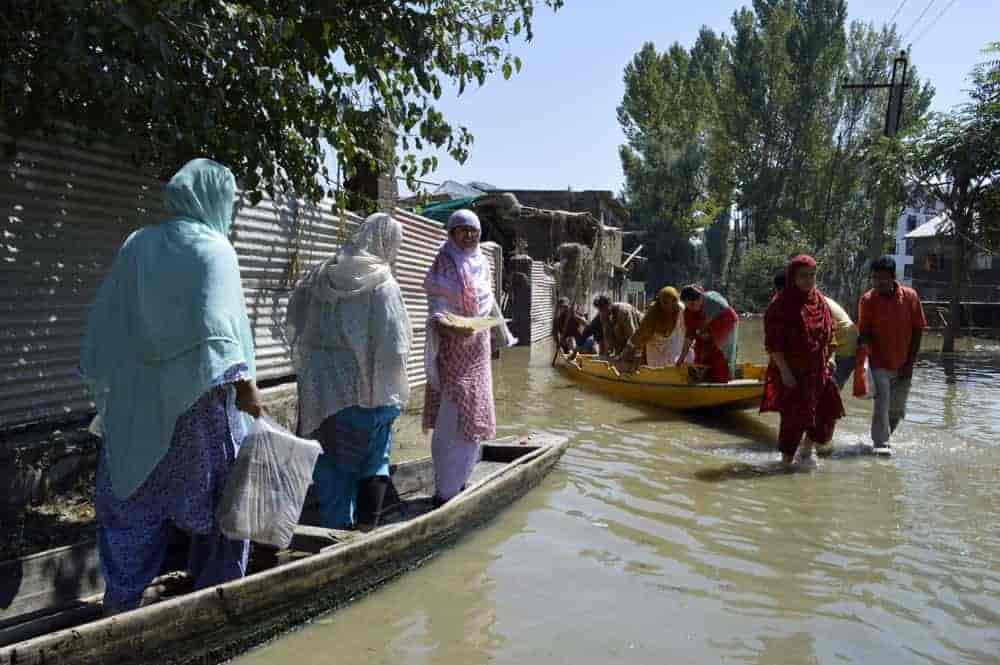 The Uttarakhand tragedy has raised a fear among people with experts predicting the possibility of bursting of dams in Jammu and Kashmir.

The flash floods in Uttarakhand last month left scores of people dead and many missing.

As Jammu and Kashmir are also mountainous regions, experts believe that there is a possibility of Uttrakhand like tragedy here.

There are a large number of dams in Jammu and Kashmir where electricity is generated and being supplied to various parts of the country.

J-K has a hydro-electricity potential of 20,000 megawatts while over 3,500 megawatts are generated at present.

In north Kashmir’s Bandipora, people living near 330 megawatts Kishanganga hydroelectric project, fear that flash floods could occur in the area any time.

Similarly, in Chenab belt of Jammu region, experts said there is an imminent threat of bursting of water bodies due to frequent earthquakes as rocks have loosened.

A geologist Professor R K Ganjoo of Jammu University said snow avalanches are a common feature in higher Himalayas including in Uttarakhand and J-K.

He said climatologists have always opposed construction of dams on higher reaches. “When we construct any dam, we dump steel, iron, and these things retain heat resulting in an increase in temperature and disturb the environment leading to Uttrakhand like incidents. The Chenab valley in Jammu and Kashmir is vulnerable for Uttrakhand like incidents as rocks have developed cracks there due to frequent earthquakes and blasting. The dams have been constructed on a narrow valley in Chenab and there is a possibility of massive devastation at any time,” he told a local news agency, Kashmir Indepth News Service (KINS).

Ganjoo suggests construction of small dams and also on broad valleys. “All projects in Chenab are in narrow valleys and create an imbalance in releasing heat. Similarly, Kashmir has witnessed huge damage to the environment due to ill-planned constructions,” he said.

Noted geologist of Kashmir Professor G M Bhat said Chenab valley was vulnerable to cloud bursts. “Major dams have been constructed on upper reaches. If there is a cloud burst, there will be a huge devastation due to flash floods. Earthquakes are also creating cracks in dams,” he said.

Similarly, he said the government should not allow constructions near rivers. “But still the government allows them to construct houses near water bodies. Those who have built their houses need to be rehabilitated,” he said.

He said earthquakes are also a concern considering the high seismicity in J-K.
“Only solution to avoid major catastrophe is that instead of building huge dams, the government should build small hydroelectric projects with small reservoirs, the water of which can be easily controlled,” Bhat said.

A 2018 study conducted by seismologists from the Bangalore-based Jawaharlal Nehru Centre for Advanced Scientific Research forecast that an earthquake of magnitude of 8.5 or more is overdue in these parts of the Himalayas. (KINS)