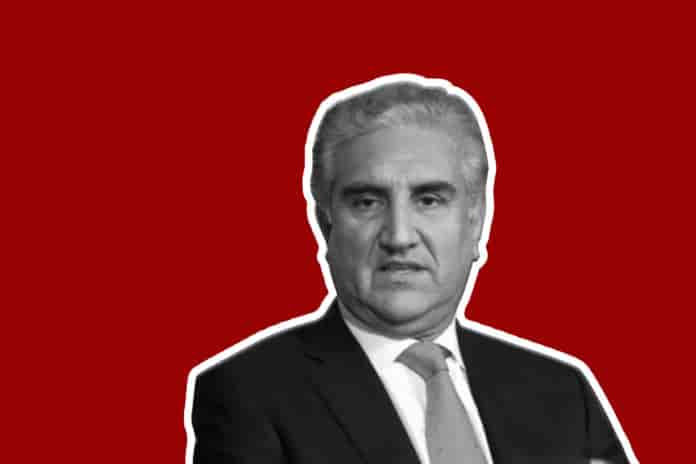 Pakistan on Saturday accused India of sabotaging the China-Pakistan Economic Corridor (CPEC) and supporting terrorism in the country.

The remarks were made by the country’s Foreign Minister Shah Mehmood Qureshi and DG ISPR Major General Babar Iftikhar, in a joint media conference.

The duo presented a dossier detailing India’s involvement in terror attacks in Pakistan during the media conference. Multiple video clips and audio clips, along with documents, were presented during the media conference of Indian handlers and terrorists communicating with each other and Indian intelligence handlers passing on instructions to terrorists in Pakistan, Express Tribune reported.

“Today we have irrefutable facts that we will present before the nation and international community through this dossier.”

“You can see a pattern of constant ceasefire violations,” said the foreign minister, adding that the dossier contains many details and some of them will be used at the “time of need”.

He said while Pakistan was combatting terrorism on its soil, India was using its soil to surround Pakistan “in a web of terrorism”. “India can not tolerate Pakistan’s success against terrorism.”

The Pakistan foreign minister said during recent months, India has tried its best to fan terrorism across Pakistan. “Indian intelligence agencies are today supporting terrorist groups defeated and outlawed by Pakistan.” He added that the country has information and evidence of India promoting terrorism in Pakistan and “has developed a plan to destabilise Pakistan”.

Mr. Qureshi warned that in the coming months, there will be an upsurge in terrorist activities in Pakistan and the focus will be on the major urban centres of the country. “We have irrefutable evidence,” said the foreign minister.

He named two Indian intelligence agencies, RAW and DIA, which are financing, training and harbouring terrorists. “The objective is state terrorism and instability in Pakistan.”

“The third objective is to create political instability in Pakistan,” Mr. Qureshi said.

He further elaborated that New Delhi has distributed Rs22 billion for the purpose of promoting and carrying out terror activities in Pakistan.

Referring to the dossier, the foreign minister said it shows the clear deepening of the nexus between India and terrorist outfits. “India is sabotaging CPEC as they know the project’s success can be an economic gamechanger for Pakistan.”

He further said New Delhi has established a cell in their intelligence agency with the sole objective of disrupting CPEC projects. “The cell works under the supervision of the Indian prime minister and its mandate is to disrupt CPEC projects. A sum of Rs80 billion has been allocated for this purpose.”

“There are also reports that India has established a 700-strong militia to target CPEC projects.” He said that the country is prepared and has established and deployed two security divisions to safeguard the projects and the personnel working on them.

Mr. Qureshi further said New Delhi tried to promote subversive activities in Gilgit-Baltistan (GB) in the run-up to elections in the region through sub-nationalists. “We also know about their intentions after the polls conclude.”

“I shall cover the details of Indian machinations for Pakistan’s destabilization and economic coercion by presenting evidence in the domains of funding terrorism, weapons and equipment support to terrorists, terrorist training and terrorist activities.”

The military spokesperson said the recent upsurge in violence in Pakistan is a direct consequence of New Delhi’s “intensified engagements with all brands of terrorists, sub-nationalists and dissident’s operating against Pakistan”.

“After the unification of TTP with its breakaway factions (JuA and HuA) in August 2020, India is endeavouring to establish a consortium of TTP with proscribed dissident organisations of Balochistan (BLA, BLF and BRA) which are already united under the banner of BRAS (Baloch Raaji Aajoie Sangar) constituted in 2018.

Previous articleWoman delivers baby outside hospital after being denied entry in north Kashmir
Next articleChadoora woman “assaulted, stripped naked” by villagers for refusing to transfer property

In her first address to Parliament as President, Draupadi Murmu on Tuesday expressed her gratitude to citizens for electing...
South Asia