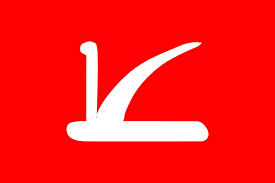 Jammu and Kashmir National Conference (JK NC) has accused the Delimitation Commission of scripting a story of disempowerment and disenfranchisement of Kashmir and farflung unattended areas of Jammu.

The party has said the Commission has “arbitrarily devised some unknown criteria while apportioning and identifying increased seven seats.”

“It has selectively applied the criteria so fixed and thereafter allotted seats compromising the fundamental principle of population as the main criteria,” the National Conference has said in the objections filed to the Commission’s draft proposal, and circulated to media today.

“Without prejudice to our stand set out in the Preliminary Comments/ objections, it is submitted that the Commission while preparing Working Papers 2-6 has given a complete go by the fundamental principles of universal application that govern a delimitation exercise,” the party said.

“The democracy as the often stated ‘quote’ emphasises means ‘government of the people, by the people and for the people’…. The population in such an exercise obviously takes the centre stage, is of primary focus and variation in population is the main consideration.”

The object of the delimitation exercise, party said, is to ensure the people have equal representation as is mandated by the fundamental principles of democracy.

“The Commission while making the exercise, as evident from a bare look on the Working Papers 2-6 and the annexures to this response has not at all adhered to this fundamental principle. The population has been pushed to the backseat and other consideration allowed to play the pivotal role.”

The Commission, party said, has “arbitrarily devised some unknown criteria while apportioning and identifying increased 7 seats and selectively applied the criteria so fixed and thereafter allotted seats compromising the fundamental principle of population as the main criteria.”

The increased seats have been arbitrarily allotted even in violation of -10% and +10 % of the average criteria fixed.

“The criteria provided that while 136304 would be average population of an Assembly Segment, -10 % allowance would be given having regard to tough terrain, lack of connectivity, hardship faced by people,” the party said.

“In such cases Assembly Constituency would be allotted for population 10% below the average. The parameters or indicators of criteria were not made known to the associate members. However, the decision as regards allocation of increased 7 seats in the ration of 1:6 though arbitrarily and ignoring our objections, was taken before Paper-1 was circulated and response invited from associate members the comments/Objection filed on December 31, 2021 though cogent and convincing were ignored.”

“There are seven Assembly segments with less than 100,000 population ( Paddar, Shri Mata Vaishnav Devi, Bani Mughal Madaan, Basohli, Ramgarh and Kishtwar) in Jammu Province while number of such constituencies is only three (Gurez, Karnah and Kunzer),” it said.

“While a little less 2 lac people of Dooru will have one member in Assembly an almost equal population from aforementioned 3 constituencies shall have three members in the Assembly.”

“The people of Dooru therefore cannot not be equal stakeholders in decision making and equal participants in governance.”

“The Working Papers 2-6 scripts a story of disempowerment and disenfranchisement of Kashmir and farflung unattended areas of Jammu.”

While Anantnag, Kulgam and Zainapora from Shopian District have been joined with Poonch and Rajouri Districts, the NC said that the same was without any regard for the terrain, geography, connectivity, accessibility, and overall convenience.

“The Commission has not in the least considered that Anantnag, Kulgam and Zainpora are separated by mighty Pir Panchal Range and the area are in- accessible for half the year because of heavy snowfall,” it said.

“The draft proposal makes no sense looking from any angle. The only result would be huge hardship to the people of Poonch, Rajouri and also far flung areas of south Kashmir.”

“Redrawing of boundaries of Srinagar and Baramulla depicts similar indifference to the guiding principles of compactness, contiguity and connectivity while making delimitation exercise.”

Shopian has been made part of Srinagar Constituency and Budgam and Beerwah part of Baramulla in utter disregard of the settled guiding principles and to huge inconvenience of the people, the party said.

“The Working Paper 2-6 shockingly obliterates a number  of Constituencies  of historical importance,” the party said.

To name a few like Habakadal, Amirakadal, Zadibal, Shangus, Kokernag, Sangrama, Gulmarg, Hom Shali Bugh, Inderwal, Gandhi Nagar are made to disappear and completely obliterated unmindful of their emotional, psychological value and importance.

“Habakadal has name of famous poetess queen Habba Khatoon associated with it, while Amira Kadal makes us remember the name of Governor Amir Khan one the Governors who has made significant contribution to architecture and urban development,” the party said.

“It appears that the Working Paper 2-6 is being used as a device to deface and obliterate history and make an assault on culture,” the party said.

“It is shocking when efforts are being made to restore old names of cities and towns in the Country, a conscious effort is being made to obliterate and remove history and culture of Jammu and Kashmir.”

The names of places, towns and cities are symbols of culture and history and deserve to be respected, the party said. “The constituencies therefore must be restored.”

The party has also urged the Commission to stop exercise forthwith pending final adjudication and disposal of the batch of petition questioning vires and constitutional validity of Jammu and Kashmir Reorganisation Act 2019.

“The draft proposal made in Working Paper 2-6 proposing demarcation of the Assembly Constituencies and Parliamentary constituencies be withdrawn without acting upon the proposals in any manner or proceeding ahead in the matter.” (GNS)