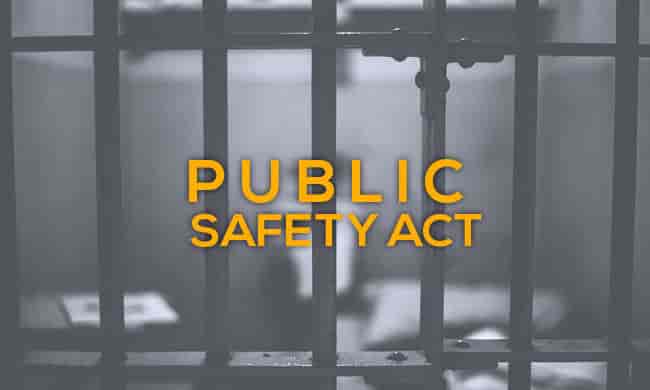 Sources disclosed that the Home Department of J-K Union Territory today revoked detention orders of thirty-six people lodged in different jails, including sixteen in Central jail Srinagar, and sixteen more in Kot Bhalwal, Central Jail Jammu, and one each in district jails of Kupwara, Anantnag, Bhaderwah, and sub-jail Hira Nagar.

Under the PSA, the government is empowered to revoke detention orders passed by district magistrates.

The government has also decided to revoke PSA detention orders of thirty-to-forty prisoners lodged in jails outside Jammu and Kashmir. “To begin with, the government would release thirty-to-forty such detainees,” they said, adding that detention orders are being revoked on recommendations of Deputy Commissioners, district police chiefs, and J-K police’s intelligence wing.

A senior police official told that process of revoking PSA detention orders of the prisoners outside J-K was impeded due to nationwide lockdown announced by the Centre to control spread of COVID-19.

A senior official in the government disclosed that they have revoked PSA detention orders of more than 100 persons over the past one month.

Seven mainstream leaders are currently in detention under the PSA, which allows imprisonment without a trial for 2 years.

After abrogation of Article 370 by BJP-led Central government August 2019, 5,000 people were detained under different laws in J-K. Of them, 500-600 were held up under Public Safety Act.