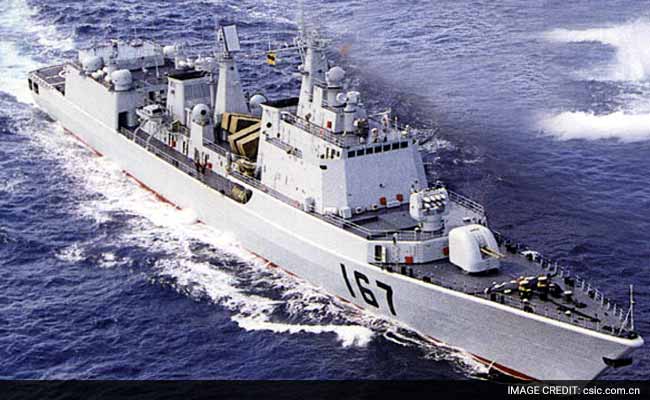 China has delivered to Pakistan the largest and most advanced warship that Beijing has ever exported, Global Times reported.

Designed and built by China State Shipbuilding Corporation Limited (CSSC), the frigate was delivered to the Pakistan Navy in a commissioning ceremony in Shanghai.

The Type 054A/P frigate was named the PNS Tughril, according to a statement the Pakistan Navy sent to the Global Times on Monday.

The ship is a technologically advanced and highly capable platform with enormous surface-to-surface, surface-to-air and underwater firepower, besides extensive surveillance potentials.

t is equipped with state-of-the-art combat management and an electronic warfare system along with modern self-defence capabilities.

The Type 054A/P frigate can simultaneously execute a number of naval warfare missions in a highly intense multi-threat environment, the Pakistani statement said.

The frigate is the largest and most advanced warship China has ever exported, CSSC said.