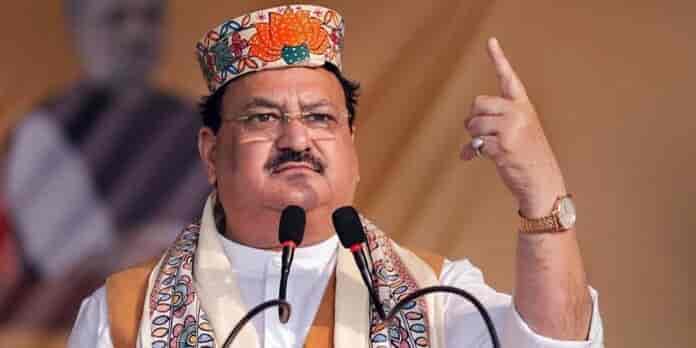 The president of Bharatiya Janata Party (BJP) had his ‘pawri ho rahi hai’ moment in an election rally in West Bengal ahead of the upcoming assembly polls.

JP Nadda, addressing people in a poll rally in the state, said, “Ye Bengal ki janta hai, ye hum sab hai, aur Bengal main parivartan ki tayyari ho rahi hai” (This is Bengal’s people, this is us, and in Bengal, people are getting ready for change).

A few weeks ago, a Pakistani artist Dananeer Mobeen had posted a video of her on the internet, wherein she could be seen partying with her friends as she said, in a non-native accent: “Ye humari car hai, yeh hum hai, or yeh humari party ho rahi hai.”

It was a sensation on the internet within no time. An Indian artist, Yashraj Mukhate mixed her video to create ‘pawri ho rahi hai’ tunes.

Nadda was leading the BJP rally in the state where Mamata Banerjee had retained power in the last four elections.

A short clip of Nadda’s jibe has gone viral on social media platforms too. Raheel Khursheed, a former head of Twitter India, captioned the video: “If 10 years ago someone told me that a short form video meme from burger central Pakistan will make it’s way to a BJP Campaign rally in West Bengal, I’d think they have lost their marbles.”

Previous article‘Kill them all’: A campaign of hate against Kashmiris
Next article100 gelatin sticks, 350 detonators seized from woman passenger in Kerela