Awaiting son’s release from jail since 2019, mother passes away 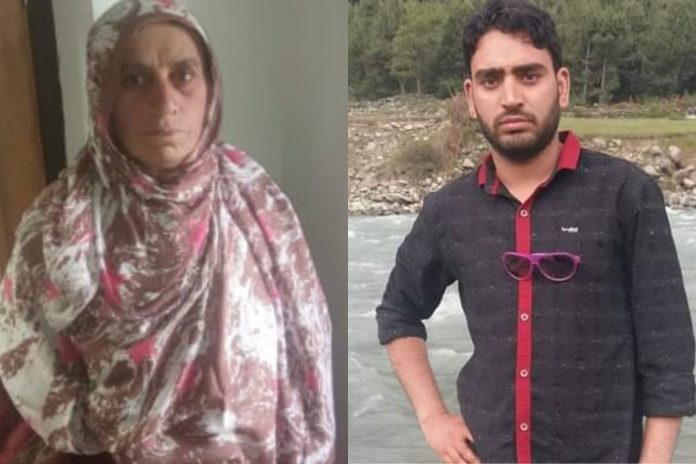 Srinagar: Muneera Banoo, mother of Aijaz Ahmed Naik, who was the sole bread-earner to his family and has been in jail since 2019 passed away on Wednesday morning, ending her four-year-long wait for her incarcerated son, reported The Kashmiriyat.

Muneera’s husband Mohammed Abdullah Naik passed away in 2000 leaving behind two young children for her to take care of.

“She did well in taking care of her children. She did everything she could to bring them up,” Tariq Ahmed Naik, a relative told The Kashmiriyat.

On 06 May 2019, Aijaz Ahmed Naik who owns a mobile-recharge shop in the Zainapora market of Shopian was arrested in a militancy-related case. He was initially lodged at Police Station, Zainapora, from where he was shifted to Pulwama Jail.

Throughout this time, Muneera Banoo struggled hard. She visited courts and met lawyers to see her son out of the Jail, Tariq said. “The family had it hard, economically, since Tariq was the sole bread earner to the family,” he said.

Saqib Abdullah Naik is the younger brother of Aijaz, but is mentally unsound, Tariq said.

Soon after Aijaz was arrested, it became tough for Muneera to see her jailed son, Aijaz, as strict curfew was imposed in the valley post the abrogation of Article 370 on August 5, 2019. “After abrogation, the authorities disallowed the prisoners from meeting anyone due to the global pandemic,” Tariq told The Kashmiriyat.

Eventually, six months ago, Muneera met her son when he was brought to Zainapora after he was bailed by the court. She was expecting his release, however, Aijaz was booked in another case, Tariq said.

Muneera went to Srinagar on 27 November, 2021, but she was not allowed to meet her son. The manual in most of the jails allows one meeting of inmates fortnightly with their relatives. “She was told that someone had met Aijaz a few days ago,” Tariq said.

Muneera’s health deteriorated after that and she was consuming antidepressants. “All she spoke and thought of was her son, Aijaz. She often had tears in her eyes speaking of Aijaz. She would often tell everyone that she was disallowed to meet her son,” another relative of Aijaz said.

Previous articleDal Khalsa organises conference to press for rights of minorities
Next articleSPO, his associate decamp with 2 weapons from BJP leader’s residence in Kupwara