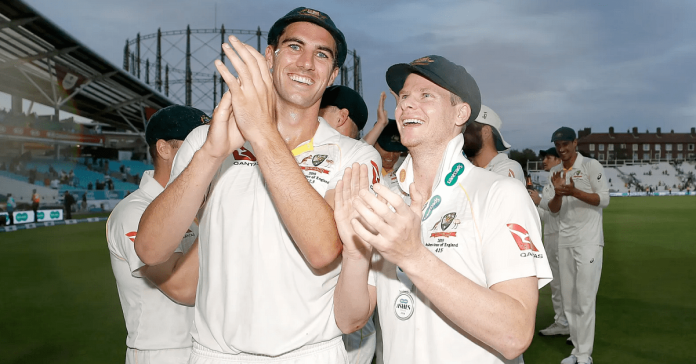 Pat Cummins’ has been named as Australia’s 47th Test captain ahead of the Ashes. He is the first-ever fast bowler in Australian cricket’s 144-year history to lead a Test side as full-time captain.

Australia had played their maiden Test match way back in 1877. Cummins replaced Tim Paine, who resigned from the post, as the Test captain and will lead the Australian side in the first Ashes Test against England starting on 8 December.

Ray Lindwall did toss the coin in the second Test of the 1956 India tour but he was only a stand-in captain after regular skipper Ian Johnson and his deputy Keith Miller were sidelined due to injuries, NDTV reported.

Cummins also became the first bowler of any kind after the legendary leg-spinner Richie Benaud to captain Australia. All of Australia’s last 18 captains were batters, wicketkeepers and designated all-rounders batting in the top seven.

“I am honoured to accept this role ahead of what will be a massive Ashes summer,” Cummins said in a statement. “This is an unexpected privilege which I am very grateful for and am very much looking forward to.”

Cummins will have former Australia skipper Steve Smith as his deputy. The right-handed batter returned to the leadership group for the first time after the ‘sandpapergate’ in South Africa in 2018.

“I hope I can provide the same leadership Tim (Paine) has given the group in the past few years. With Steve and I as captains, a number of very senior players in this squad and some great young talent coming through we are a strong and tightly knit group,” Cummins added.

The No.1-ranked bowler’s first task will be to make sure the controversial events involving Paine doesn’t impact the team when they take the field.

Hours before Cummins’ appointment, Paine announced that he would be taking a break from all forms of cricket. The wicketkeeper-batter had quit as Test captain a week ago over the public revelation of an exchange of allegedly sexually graphic text messages with a female colleague in 2017.

As India's official entry for the Oscars 2022 debate gets heated up, the top two contenders emerge as Vivek...
Kashmir