West trying to lure Russia into war in Ukraine: Putin 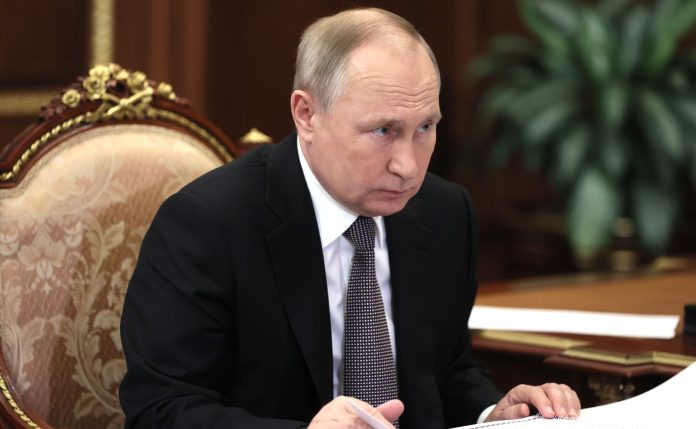 Russian President Vladimir Putin accused the West on Tuesday of deliberately creating a scenario designed to lure it into war and ignoring Russia’s security concerns over Ukraine, reported Reuters.

In his first direct public comments on the crisis for nearly six weeks, a defiant Putin showed no sign of backing down from security demands that the West has called non-starters and a possible excuse to launch an invasion, which Moscow denies.

“It’s already clear now … that fundamental Russian concerns were ignored,” Putin said at a news conference with the visiting prime minister of Hungary, one of several NATO leaders trying to intercede with him as the crisis has intensified.

Putin described a potential future scenario in which Ukraine was admitted to NATO and then attempted to recapture the Crimea peninsula, territory Russia seized in 2014.

“Let’s imagine Ukraine is a NATO member and starts these military operations. Are we supposed to go to war with the NATO bloc? Has anyone given that any thought? Apparently not,” he said.

Russia has massed more than 100,000 troops on the Ukrainian border and Western countries say they fear Putin may be planning to invade.

Russia denies this but has said it could take unspecified military action unless its security demands are met.

Western countries say any invasion would bring sanctions on Moscow.

The Kremlin wants the West to respect a 1999 agreement that no country can strengthen its own security at the expense of others, which it considers at the heart of the crisis, Foreign Minister Sergei Lavrov said.