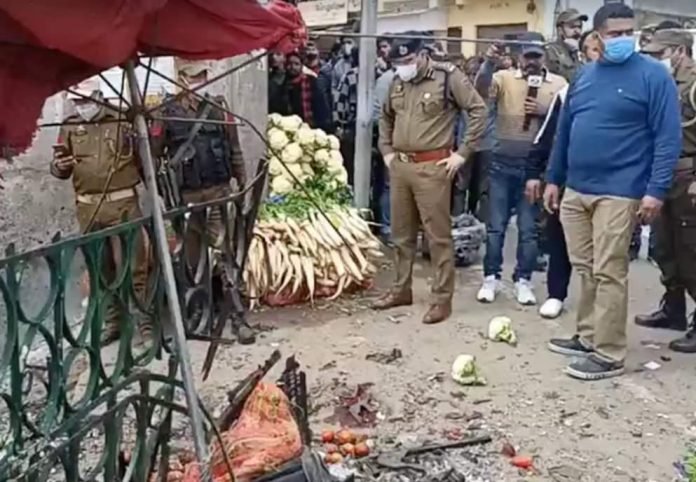 Jammu: Additional Director General of Police (ADGP) Jammu Mukesh Singh Wednesday said that preliminary investigations reveal that it was an IED blast at Salathia Chowk Udhampur in which one person died and 14 others were wounded.

Talking to reporters at the site of incident, the ADGP Singh said that initial probe has revealed that it was an IED blast, however its impact was not much. “One person has died and 14 others were wounded,” he said as per news agency—Kashmir News Observer (KNO)