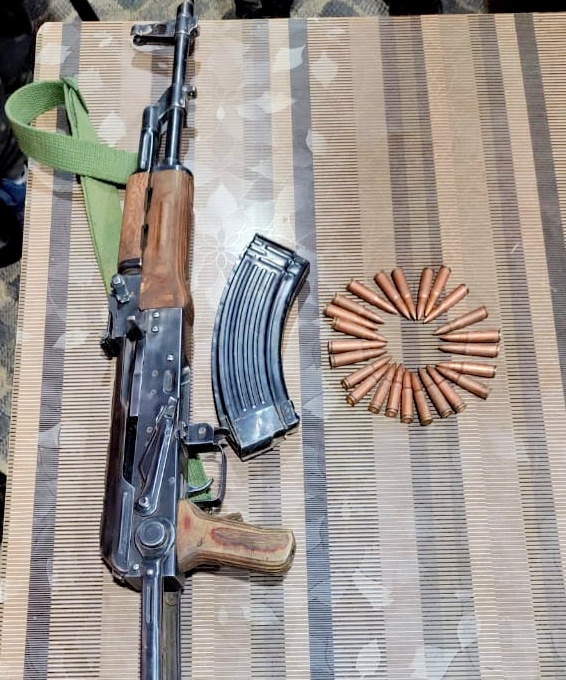 Police on Wednesday claimed to have arrested two Over Ground Workers (OGWs) of Lashkar-i-Toiba in south Kashmir’s Shopian district.

The police said that today a joint team of Police and security forces arrested two OGWs of LeT.

“On disclosure of Aqib Mushtaq Lone, police picked Amir Amin Sofi and on his disclosure one AK-47 rifle, Magazine of AK-47 and 24 live round of AK-47 were recovered,” he said.

“A case under FIR No.14/2022 U/S 18,39 UAP Act has been registered at Police Zainapora in this regard and further investigation going on,” reads the statement.(GNS)

Previous articleKU postpones all UG/PG/Professional exams scheduled on Feb 24
Next articleJ-K Admin committed to goal of health for all: LG Sinha