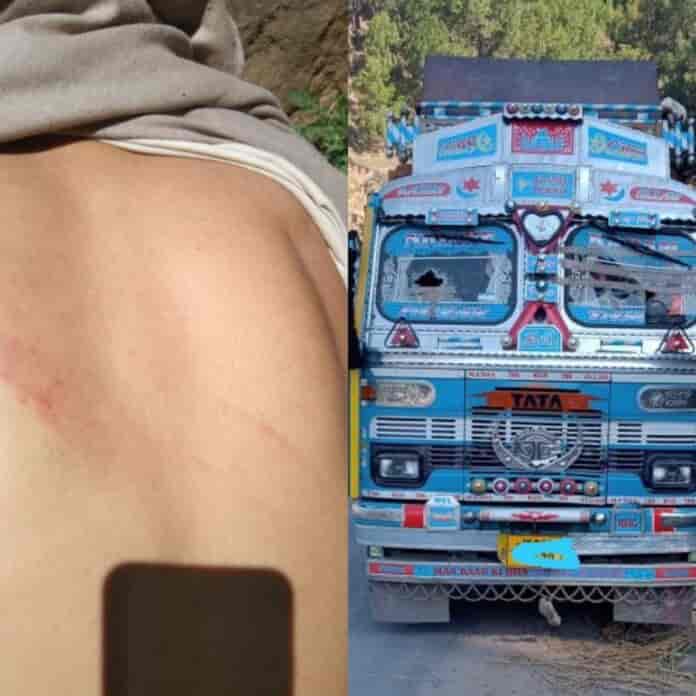 Two Bakarwal families were assaulted by a gang of around two dozen people in Jammu leaving several of them injured including children and women.

According to the report by the online news portal, the gang headed by certain Sunny was apparently self styled cow vigilantes who the locals said have a history of harassing and attacking tribal nomads who rare cattle.

It was around midnight when the two families along with their cattle were ready to leave their village for Kashmir valley in a truck when the gang waylaid them and launched the attack, the reported.

Shabbir Ahmad, 30, a head of one of the nomad families, said that they were unable to defend themselves as they did not anticipate the attack. “It seemed they had made a proper plan to attack us. Somebody was carrying a rod while others a scythe. They attacked everyone including women and children,” he said, adding, “My six-year-old son Shahid was injured in the attack. His eye is damaged.”

According to Shabbir, the attack lasted for three hours. The families asked the police for help at a checkpoint near Nadda police post but they watched as “mute spectators”. “We pleaded before the police but they did nothing,” added Shabbir.

They also took away six of the goats and sheep and drove them away in vehicles, he said.

The injured are yet to get any medical care except first aid from a pharmacy on the way as the families are scared and “want to reach Kashmir as soon as possible”.

Shabbir said that this was not the first time they faced the violence at the hands of goons. “We are always targeted like this always. Rearing and selling cattle— a couple of buffaloes and cows, some sheep and goats— has been our profession for centuries but we are being harassed now for it.”

Faisal, another nomad from the village, alleged that Sunny and his gang had been involved in attacks on the minority community previously and even then police had not taken action against them. “He should be reined in,” he said.

Attack on Gujjar Bakerwal community of J&K has became a new normal. Yesterday it was Shopian, today it was at Samba. Callous attitude by authorities are the only reasons that everyday tribals are being targeted, harnessed & intimidated for no reasons. #JusticeForGujjarBakerwal