TWJA condemns “assault” on journalist by Tehsildar in Tangmarg 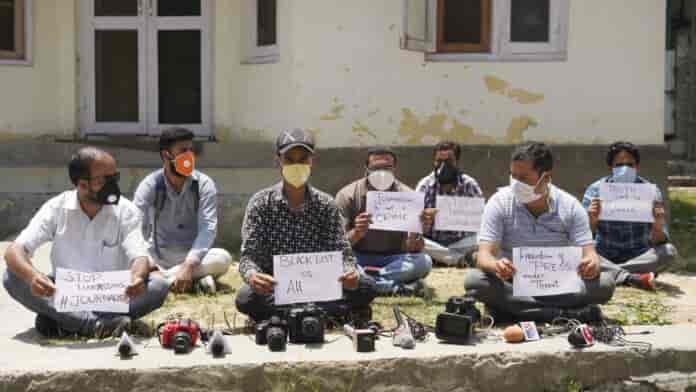 Srinagar: Tangmarg working Journalist Association (TWJA) has strongly condemned the alleged assault on photo Journalist Sajad Hameed while he was performing his duty in Kunzer town.

Whereas Journalist Association protested against the Tehsildar Kunzer at Tangmarg demanding strict action against him, SNS Kashmir reported.

According to Mr. Hameed, who works as a photo Journalist at Kashmir Times, Tehsildar pushed him multiple times and asked him to close his camera, when he was performing his professional duty and was covering a protest by locals against Public Health Engineering (PHE) department over the scarcity of water in the area.

Mr. Hameed alleged despite introducing himself as a journalist to the Tehsildar, he was verbally abused, insulted, and pushed.

Tangmarg working Journalist Association has sought action against Tehsildar who assaulted him without any reason.

The association has urged DDC Baramulla and Inspector general of Police, Kashmir to intervene and take action against the officials so that these acts are not repeated.

A leopard cub was captured in the Tangchatter area of Kangan in central Kashmir's Gandarbal district by the Wildlife...
Jammu