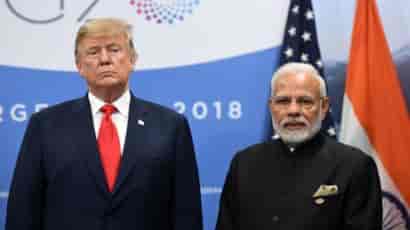 U.S. President Donald Trump is expected to raise Kashmir issue and that he would very much encourage a “reduction in tensions” between India and Pakistan and encourage them to engage in bilateral dialogue to resolve differences during his India visit, The Hindu reported.

As per senior administration officials who had a briefing call with reporters on Friday, Mr. Trump will offer to mediate between India and Pakistan on the Kashmir issue.

“We continue to believe a core foundation of any successful dialogue between the two is based on continued momentum in Pakistan’s efforts to crack down on terrorist extremists on its territory. We continue to look for that. I think the President will urge both countries to seek to maintain peace and stability along the line of control and refrain from actions or statements that could increase tensions in the region,” the official said.

The U.S. President is also expected to raise U.S.’s concerns around the Citizenship Amendment Act (CAA) and National Register of Citizens (NRC) with Prime Minister Narendra Modi, when he visits India next week, as per senior administration officials who had a briefing call with reporters on Friday.