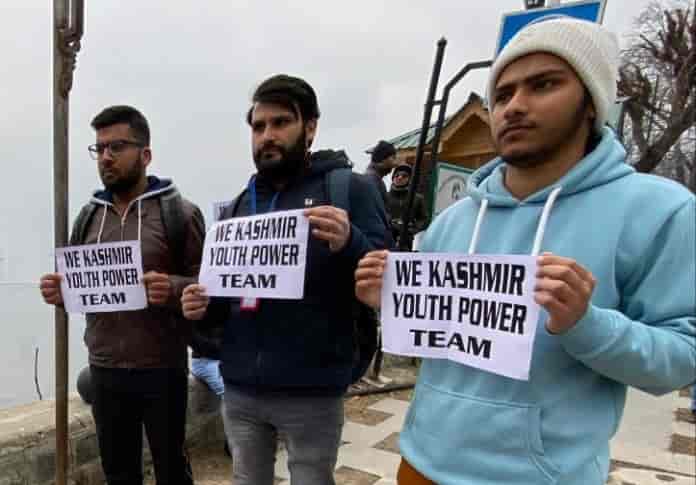 Srinagar: Three young men were detained here on Wednesday after they staged a protest against the visit of foreign envoys to Srinagar by calling it “wastage of money.”

They protested against the visit and called it a waste of money while the envoys were enjoying a Shikara ride in the Dal Lake, reported wire-service KNO.

A third batch of foreign envoys arrived in Srinagar on Wednesday for a two-day visit to Jammu and Kashmir for a first-hand assessment of the situation in the Union territory.

The envoys of over 20 countries arrived at the Srinagar airport at around 11 am but could not visit Baramulla town in north Kashmir as per schedule due to inclement weather there. They instead went for a Shikara ride.

“The government should stop wasting money on these events. The money saved should be spent on the development of Kashmir,” one of the youths said while being whisked away by the police. They were taken to the nearby police station, the officials said. (KNO)

Previous articleSafe to eat chicken or mutton without fear of getting coronavirus: DAK
Next articleAllow envoys to meet me, three ex-CMs: Senior Congress leader