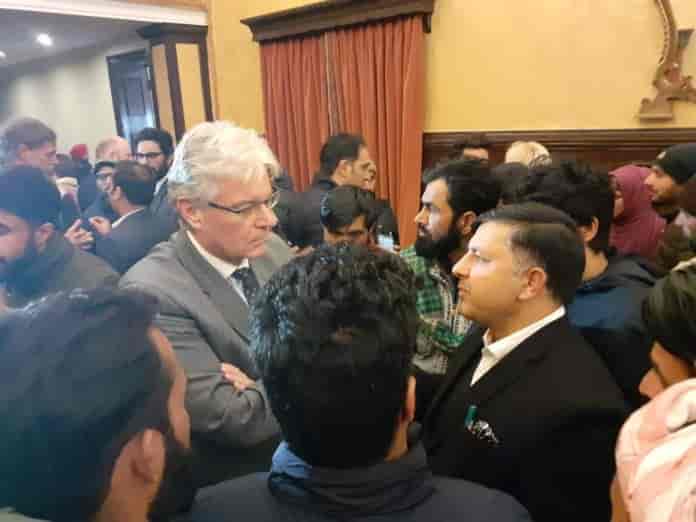 Soz in a statement said that he has written to the Divisional Commissioner Kashmir, Bashir Ahmad Khan, suggesting that the visiting foreign envoys and law makers of European Union should meet three former chief ministers and him, including others to have a fuller assessment of the situation in Kashmir, reported wire-service KNO.

“MoS Home G. Kishan Reddy informed the Lok Sabha, yesterday that the delegation of foreign envoys including the law makers of the European Union was to visit Kashmir, today. In my opinion MoS Home mislead the house by saying that anybody could visit Kashmir! The fact is in public domain, in clear terms, that senior leaders of the national opposition were consistently not allowed to visit Kashmir, in recent times,” he said in a statement.

He added that two senior leaders of the National Opposition Rahul Gandhi and Sitaram Yechuri were not allowed to enter Kashmir even when they had arrived at the Srinagar Airport.

It was later that the Supreme Court had intervened and allowed Sitaram Yechuri to visit Kashmir, after imposing certain conditions.” The MoS Home has, therefore, blatantly misled the house by making an incorrect statement,” he said.

Meanwhile, he said, “I have written to the Divisional Commissioner Kashmir, on the manner in which only the people sponsored by the Govt. agencies are facilitated to meet the visiting foreign delegations. This happened last time also when the foreign delegation visited Srinagar and this is going to happen again.”

“I requested the Divisional Commissioner that since I am under house arrest, he may facilitate a visit of the delegation to see me at my residence. I also stressed the fact that I have some ideas to offer to the visiting delegation. In the same communication, I requested the Divisional Commissioner to consider my suggestion that the visiting delegation should meet three former chief ministers, among others, so that they are enabled to have a fuller assessment of the prevailing situation in Kashmir,” he added. (KNO)