Teenager from J-K selected for India U-19 cricket team 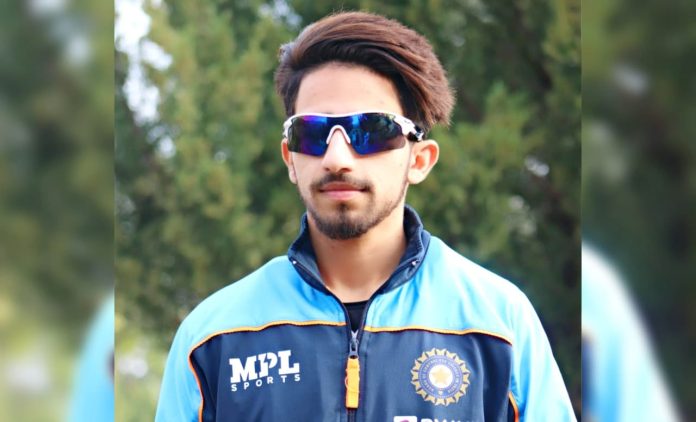 Srinagar: A 17-year-old boy from Pir Panchal area of Jammu and Kashmir has been selected for the Indian under-19 cricket team.

Amaan Zari son of Haji Aqeel Zari, a resident of Ward 09 Rajouri is first youngster from Rajouri who will represent India at the highest level as Zari will be part of Indian team, who tour to Sharjah where they will be will play a four nation’s cup.

Zari while talking to local news agency—Kashmir News Observer (KNO) said that he started playing cricket at the age of 12 and since then he has participated in different tournaments at state and national level.

“It was my dream to represent the country at international stage which has come true but now my aim is to perform well and in coming time get spot in Indian cricket team,” he beamed and gave credit to Almighty Allah, parents, friends and coaches for his success.

Zari, an all-rounder said that Rohit Sharma, M S Dhoni and Muhammed Shami are his favorite players and he is hopeful that he will prove his mettle in coming series.

“Youth of J-K are very much talented but they should keep themselves away from bad activities and follow their passion in letter and spirit and one day they will succeed,” he said.

Zari’s father Haji Aqeel Zari while told KNO that his son has memorised holy quran and also performed Umrah as well besides that he has been leading prayers in local masjid as well.

“He is very happy that his Almighty Allah has given such qualities to his son and we are hopeful that he will perform very well in coming series,” he said.

Meanwhile LG Manoj Sinhaa has congratulated Zari and said that “it is joyous movement for J-K.”

“Congratulations to Amaan Zari, our promising cricketer from Rajouri on his selection in under-19 cricket team for 4- Nations Cup to be played in Dubai. It is a joyous moment for J-K. His grit and determination has helped him realize his dream.” J-K LG’s office said in a tweet—(KNO)

Militants fired upon a joint checkpoint party of the government forces in Bijbehara area of south Kashmir's Anantnag district...
Kashmir