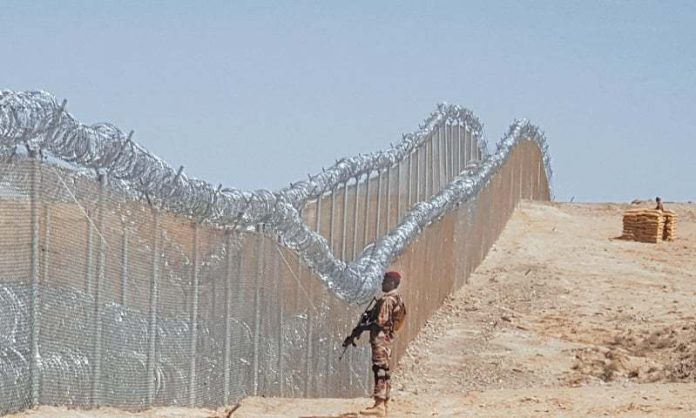 Afghan officials have said that Taliban soldiers in Afghanistan disrupted the erecting of a security fence by the Pakistani military along the border between the two countries, Reuters reported.

Pakistan has fenced most of the 2,600km border des­pite protestations from Kabul, which has contested the British-era boundary demarcation that splits families and tribes on either side.

Afghan defence ministry spokesman Enayatullah Khwarazmi said Taliban forces stopped the Pakistani military from erecting what he called an “illegal” border fence along the eastern province of Nangarhar on Sunday.

He played down the incident, saying everything was now normal. The Pakistan army did not respond to a request for comment.

A video circulated on social media showed Taliban soldiers had seized spools of barbed wire and one senior official asking Pakistani soldiers stationed in security posts in the distance not to try to fence the border again.

Taliban spokesman Bilal Karimi said they were investigating the incident.

Taliban and Pakistani forces came face-to-face over the border incident, two Taliban officials said on condition of anonymity, and the situation was tense.

They added that following the incident there was cross-border mortar fire from Pakistani territory further north along the frontier into Afghanistan’s Kunar province on Wednesday.

It was unclear if the incidents are linked. The officials said Afghan military helicopters could be seen patrolling the area.

The fencing was a main reason behind the souring of relations between previous US-backed Afghan governments and Islamabad. The current standoff indicates the issue remains a contentious matter for the Taliban, despite its close ties to Islamabad.