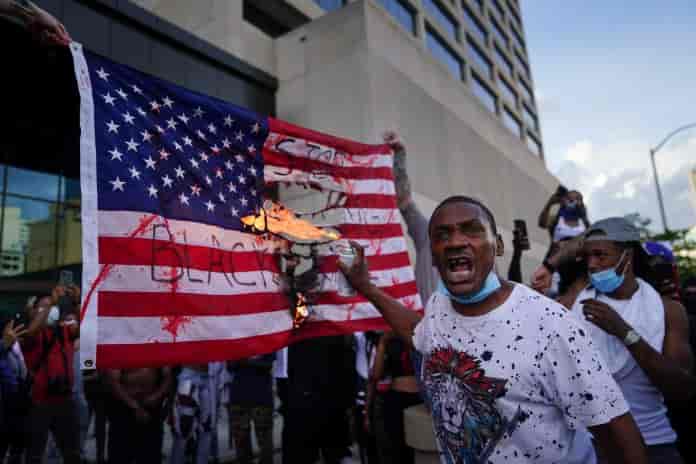 Iran’s foreign ministry has called on the US to “stop violence” against its own people following protests across the country over the death of black American man George Floyd.

“To the American people: the world has heard your outcry over the state of oppression. The world is standing with you,” spokesman Abbas Mousavi was quoted as saying by AFP at a news conference in Tehran.

“And to the American officials and police: stop violence against your people and let them breathe,” he told reporters in English.

On Monday, protests sweeping the United States over the death of George Floyd reverberated on the other side of the globe when thousands marched in solidarity on the streets of New Zealand.

The rallies were peaceful in contrast to the days of violent protests in the US after Floyd, an African-American, died after being handcuffed and as a white police officer, who has since been charged with murder, knelt on his neck.

Previous article“China has captured more than 60 sq kms of Indian-patrolled territory in the last month”
Next articleCOVID-19: 45-year-old Shopian man passes away, death toll mounts to 29 in J-K