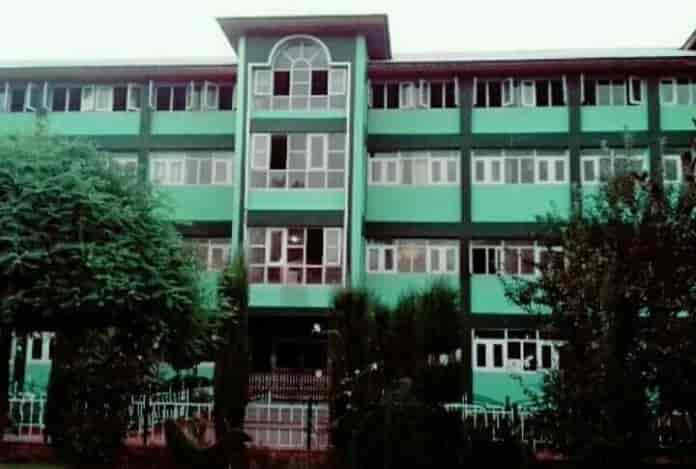 Srinagar: As Kashmir continues to remain under the COVID-19 lockdown, a private-school in Srinagar has suspended at least twenty teachers after they resisted the conduction of online-classes on “not safe” Zoom, a video-conferencing app.

A teacher, who was suspended from Green Valley School Educational Institute, told The Kashmir Walla that at a time when everyone was wary of the app, the school was forcing them to use it.

Her suspension letter that was accessed by The Kashmir Walla stated that she “failed to live up to the expectation of the Management”, citing her “explicitly expressed… non-availability to join e-classes… to reach out to the students during these difficult times.”

“Everyone knows that the application is not safe and breaches privacy, then why should we use it?” the teacher asked. Now, she says, the only condition to continue her job is her agreement to use the app for conducting classes.

On Thursday, the Home Ministry had called the Zoom meeting app “not a safe platform for video conference”, and issued a set of guidelines for the safety of private users who “still would like to use Zoom for private purpose”.

“Zoom is not a safe platform even for usage of individuals a detailed advisory has already been issued by CERT-India,” the home ministry said in a new advisory.

Although, Mohammad Yousuf Wani, the chairman of Green Valley School, told The Kashmir Walla that he was merely following everyone else in the country by using the Zoom app for distance learning.

“Due to the availability of only 2G internet speed, only Zoom app works on that speed; we are forced to use it,” he said. “And I’ll stop if the government tells me. I’m following their latest guidelines.”

However, he says, he has not violated the national guidelines, which was re-iterated by Prime Minister Narendra Modi in his address to the nation, to not lay-off or fire any employees during the on-going lockdown. Mr. Wani said, since “all of these teachers [who were fired] were on probation and had joined merely a month ago, so we are not continuing their probation period.”

Google has also reportedly banned the Zoom app from all employees’ computers over security vulnerabilities and Singapore has banned teachers using Zoom after hackers posted obscene images on screens. The app has also been banned for usage in Germany, Singapore and Taiwan. ASD’s New Zealand counterpart, the Government Communications Security Bureau, has cleared  the use of Zoom for public servants up to the “restricted” information classification level, but not for the stricter “secret” and “Top secret” levels.

“Some people have vested interests and that has led a few teachers to believe that by using Zoom app, their phones would be hacked,” he added.

Private Schools Association of Jammu and Kashmir (PSAJK) said on Friday that educational institutes can’t wait endlessly for the situation to normalise and hence started the initiative of online classes through social media to compensate for the loss of students.

“Like the schools all around the world we too started the online classes on social media platforms and it will continue despite limitations of low internet speed,” said G N Var, the president of PSAJK.

“We have been receiving some complaints about the Zoom [app] but the company has updated its security and continued with our own few precautions,” added Var. “Zoom is a good platform for online classes.”

Mr. Wani shies away from saying that he has suspended these teachers but gives a backing against it: “If they come back and agree to work our way, then they can come back.”

The teachers have to fulfil only one condition to get their job back, says the teacher: continue to support the School Management in conducting classes on the Zoom app.

“But at the cost of privacy?” questioned the teacher.