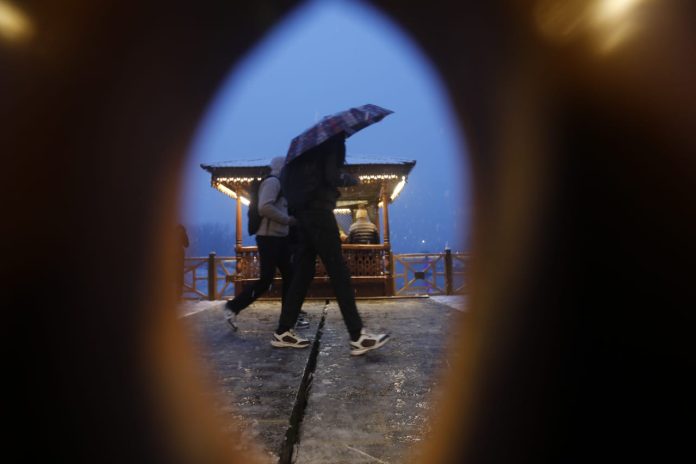 Srinagar: A number of flights to and fro Srinagar ‘international’ airport were cancelled and others delayed as continuous snowfall reduced the visibility at the airport on Saturday.

Some flights have been revised and with continuous snowfall, the most flights to and fro the airport were unlikely to operate, they said. However AAI said the continued snowfall has reduced the visibility at the airport. “The snowfall is likely to continue till 11 am. All operations shall be delayed. Kindly bear with us,” the AAI said.

On Friday, 31 flights operated to and fro Srinagar international airport before sudden change in weather happened leading to cancellation of six others.

On Thursday, 35 flights operated while 6 others were cancelled. 42 flights were cancelled on Tuesday while many as 37 could not operate on Wednesday. (GNS)