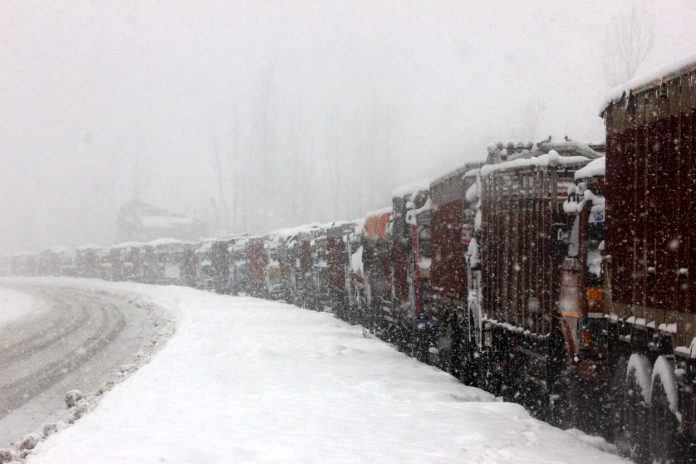 Srinagar: Jammu-Srinagar highway, the only surface link connecting Kashmir Valley with the rest of the world, was closed amid continuous snowfall at number of places on along the 270-km stretch, officials said on Saturday.

They said that around 3-feet of fresh snow has accumulated on either side of Jawahar Tunnel since yesterday evening.

An official of the district administration Ramban told GNS that while around 3ft snow accumulated at Jawahar Tunnel, around 2ft depth was in adjoining areas of Banihal town. “It is still snowing heavily,” the official said.

An official of the traffic department here said there were landslides and shooting at several places also.

The highway was closed on late Wednesday evening due to landslides, mudslides and shooting stones at several places along the 270-km stretch, officials said. It reopened on Friday with over 3000 vehicles stranded on the highway at various places allowed to move towards respective destinations.

Meanwhile Ramban-Gool Road was also closed near Kanga due to landslide. “BRO men are on job. Please avoid traveling on this road today,” the officials said.