Smart lockdown only option, before it’s too late 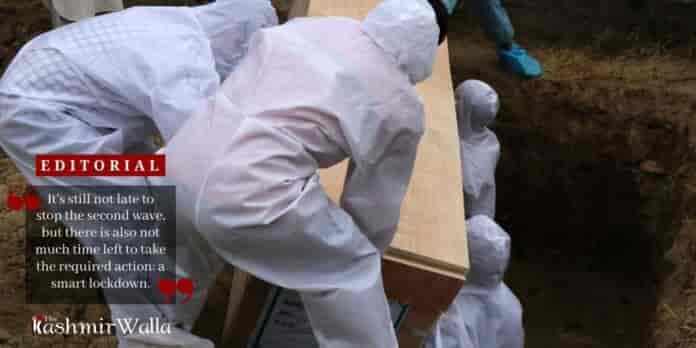 There is a drastic rise in COVID-19 infections across Jammu and Kashmir. The trajectory of the second wave is more severe than it was in last April when the region was locked to stop the pandemic. During the first wave, the priority was clear and the fear was fresh. The pandemic was new for the entire living generations, so the preventions were strengthened by shock and awe.

The precautions and lockdown during the first wave slowed the pandemic and created a false sense of resilience and victory. The administration added a few hundred beds and Intensive Care Unit (ICU) set-ups, making it genuinely, or insincerely, believe that it’s prepared for the second wave without making a hard choice of imposing a second lockdown. The priority is clearly tourism even as the indicators are clear: we are in the midst of a second wave.

The second wave will grow faster than the first wave as the administration and people are less cautious and priority has changed from health to economy. The economic way is no way in times of pandemic. The United States, the leader of the first world, and, Brazil, a third world country, is an example before us. COVID-19 has humbled, rather devastated, the world’s greatest healthcare systems. Kashmir is no match for the enormity of the unfolding crisis. We have 200-odd ICU infrastructure which can be overwhelmed within days.

It’s still not late to stop the second wave, but there is also not much time left to take the required action: a smart lockdown.