Sheikh Abdullah took 22 years to realize right track, People’s Alliance did it in less than a month: Altaf Bukhari 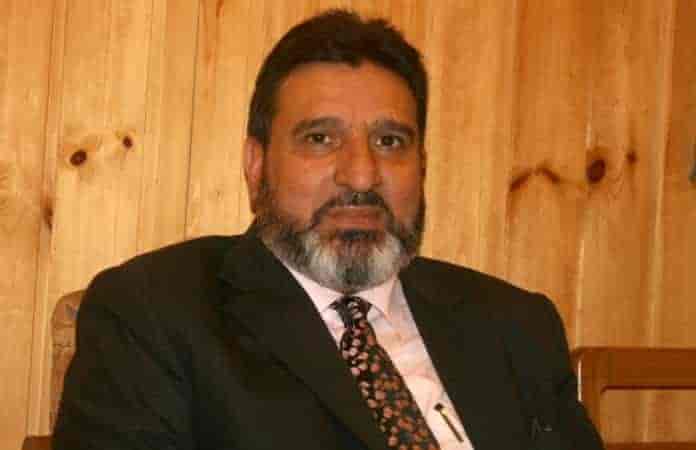 Jammu and Kashmir Apni Party president Syed Muhammad Atlaf Bukhari Thursday hailed the People’s Alliance for Gupkar Declaration (PAGD) decision of fighting the District Development Council (DDC ) elections stating that it took Sheikh Muhammad Abdullah 22 years to realize the right track and those who are part of the alliance for Gupkar Declaration choose the right path in less than a month which is a welcome development.

Mr. Bukhari also welcomed the J-K Panchayat Conference, an amalgam of Sarpanchs and Panchs into the Apni Party fold, led by Shafiq Mir. Addressing a press conference here, Mr. Bukhari said that till some ten days back, those who are part of PAGD, used to cry out loud that elections are meaningless for them.

“But now they have decided to fight DDC polls. They still claim that they aren’t power hungry. But I want to ask them that what for they are fighting the DDC polls then. Power flows from the grass root and DDC polls are linked with the grassroot democracy,” he said, reported a local news agency, Kashmir News Observer (KNO).

He said it was good to see leaders associated with the PAGD shunning the “emotional slogans” as such things have always swayed the youth of J-K towards wrong.  He said that today’s youth have seen worse situations than ever. “Truth was very bitter. In the past 70, whatever was earned was snatched,” Mr. Bukhari said.

He said that the J-K Apni Party has not given up as far as Article 370 is concerned. “The case is in the Supreme Court. We had five MPs who unfortunately couldn’t save it. Those five people can’t bring back Article 370. Our hope is tied with the SC,” he said, adding that “we also demand statehood for our identity. We are fighting for it.”

He said that unless 272 MPs would vote for restoration of Article 370, it can’t be restored. “Apart from the parliament, our hope is SC and let’s hope for the best,” Mr. Bukhari said.

About the poll symbol of J-K Apni Party—“Bat”, Mr. Bukhari said that his party members will be like true sportsmen and full spirit.  On the land law, he said J-K Apni Party will fight for protection of land rights. “Industry, we understand but that can’t be at the cost of our youth. This is not the slogan but I assure you that we will fight for the change of land laws,” he said. “We have vowed to get the land laws amended, and we will get it amended.” Asked how can you get land laws amended, he said, “through persuasion. This  is not something we will get on a plate”—(KNO)