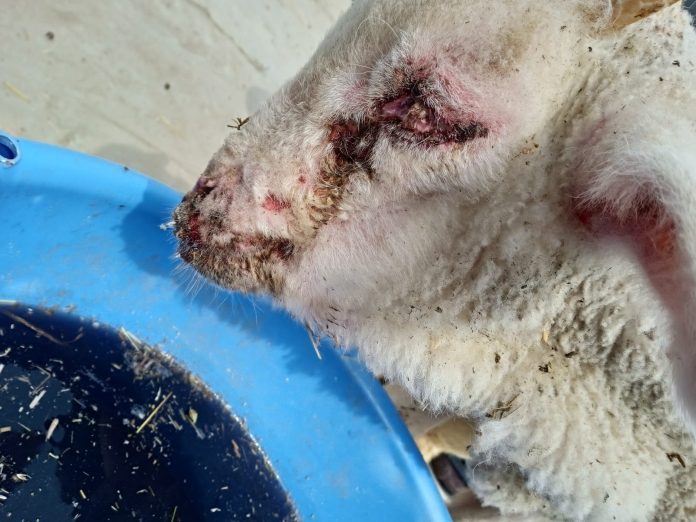 The farmer entrepreneurs allege that the sheep husbandry department “failed to notify” the outbreak of “sheep-pox disease”, causing huge losses to entrepreneurs in Pulwama, in south Kashmir.

They further added that the department also failed “to provide the vaccine to contain its spread”. They said the spread of the disease has caused severe damage to the livestock.

Adil Wani, a young sheep farmer who bought stock in Lajura village of Pulwama district who recently purchased sheep, suffered losses after the flock was infected with “sheep-pox disease.”

Sheep-pox is a fatal viral disease and it takes from a week to two weeks for the symptoms to appear.

Due to the disease, the eyelids of sheep become swollen, and mucopurulent discharge crusts the nostrils. Similarly, widespread skin lesions develop in sheep and are most readily seen on the muzzle, ears, and areas free of wool or long hair.

Wani said the department also failed to provide “killed sheep-pox vaccine” which is the “only counter-measure” to contain the outbreak within the flock.

An official in Pulwama district told The Kashmir Walla that the live sheep-pox vaccine has been provided but due to non-availability of killed sheep pox vaccine they could not administer the vaccine to the sheep.

“We had taken up the issue with the department and asked them to provide the killed sheep-pox vaccine to check spread of the disease. However it has not been provided yet,” an official said, wishing anonymity.

Director Sheep Husbandry Kashmir Bashir Ahmad Khan told The Kashmir Walla that the disease is not viral but bacterial and is curable. “People do not need to worry. Since non availability of counter measures has been brought into my notice, I will take up the issue and ensure that counter measures are taken,” Khan said.

However, Dr Imran Khawaja, technical officer to the Director said that vaccine has been provided to the livestock already and “it is not advisable to administer vaccine to the animals infected by the disease”.

“Treatment measures are to be taken and we are taking up the issue with the District officer to take the counter measures,” Khawaja said.

He said live sheep pox vaccine is also meant for healthy animals to boost their immunity.